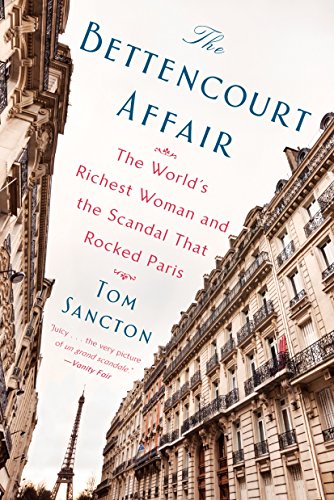 The Bettencourt Affair: The World’s Richest Woman and the Scandal That Rocked Paris

An NPR Best Book of 2017 Heiress to the nearly forty-billion-dollar L’Oréal fortune, Liliane Bettencourt was the world’s richest woman and the fourteenth wealthiest person. But her gilded life took a dark yet fascinating turn in the past decade. At ninety-four, she was embroiled in what has been called the Bettencourt Affair, a scandal that dominated the headlines in France. … END_OF_DOCUMENT_TOKEN_TO_BE_REPLACED 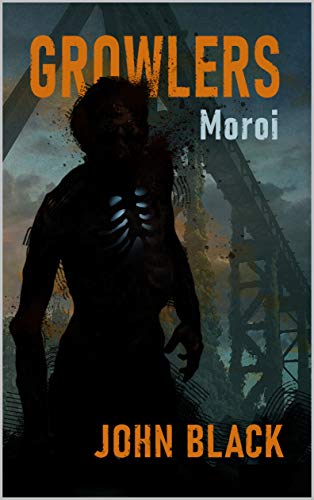 A regular family. A blackout.Silence. Growling. Silence… When their relaxing family vacation is interrupted by a blackout, Andrei and Lili hope it is just a blip and power will soon be restored. But they, their seven-year-old son and Lili’s parents soon realize that the blackout was just the beginning. Every decision, every move, could mean a terrible death as the … END_OF_DOCUMENT_TOKEN_TO_BE_REPLACED 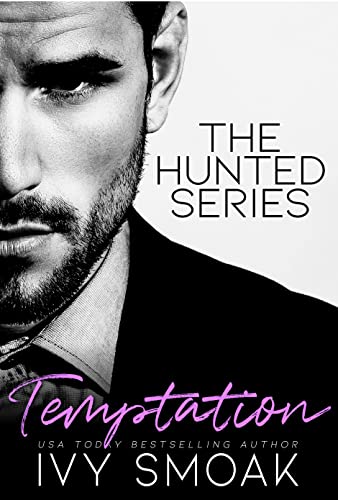 MORE THAN 1 MILLION COPIES SOLD WORLDWIDE Shy student Penny Taylor always follows the rules. At least, that’s how it appears to her classmates. But she has one illicit secret – she’s fallen hard for her professor. And she’s pretty sure he’s fallen for her too. Everyone loves Professor Hunter. He’s tall, dark, and handsome. And completely unobtainable. But it’s … END_OF_DOCUMENT_TOKEN_TO_BE_REPLACED 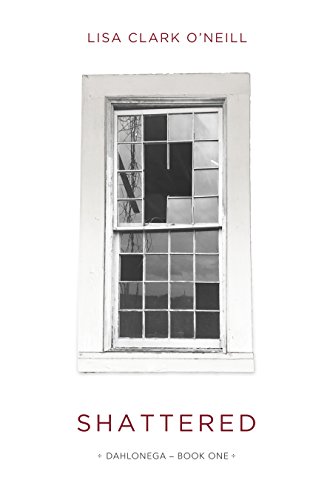 Eighteen years ago, Lucy Flannery’s young life was shattered when her mother and little brother were murdered – a crime made all the more heartbreaking by the fact that the killer was her father. However, recently uncovered evidence proves that her father was wrongfully convicted. Reeling from this revelation, Lucy comes back to her hometown, both terrified and desperate to … END_OF_DOCUMENT_TOKEN_TO_BE_REPLACED 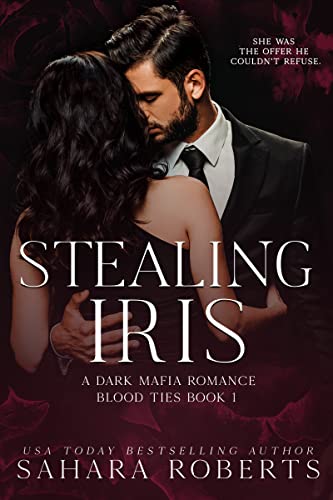 The moment our eyes meet, I want her…and I always get what I want. The fact she belongs to someone else isn’t important. Until he makes me an offer I can’t refuse… I claim her innocence with driving force. I should be appeased. It should be enough. Only it’s not. She’s in my head, taking over my thoughts, becoming an … END_OF_DOCUMENT_TOKEN_TO_BE_REPLACED 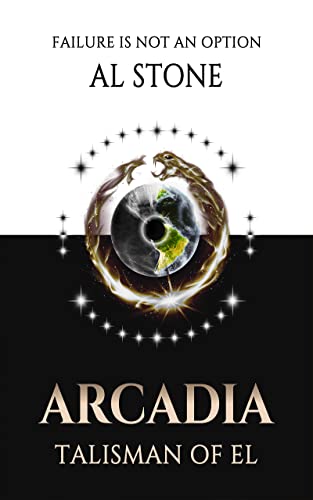 A page-turning debut in the tradition of Harry Potter, Percy Jackson and Lord of the Rings, Talisman Of El is an epic fantasy fueled by a fight to control a gargantuan power. WHAT IF YOUR WHOLE LIFE WAS A LIE? One Planet. Two Worlds. Population: Human… 7 billion. Others… unknown. When 14-year-old Charlie Blake wakes up sweating and gasping for … END_OF_DOCUMENT_TOKEN_TO_BE_REPLACED 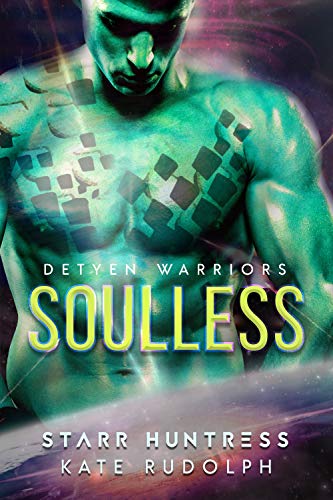 A cold hearted alien… scorching hot chemistry… and a fated mate bond too strong to be denied! There’s nothing left in Raze. No love, no hate, nothing except the duty that he owes his people. But when he meets a fascinating and tough human woman on a barren planet something deep inside comes back to life and for the first … END_OF_DOCUMENT_TOKEN_TO_BE_REPLACED 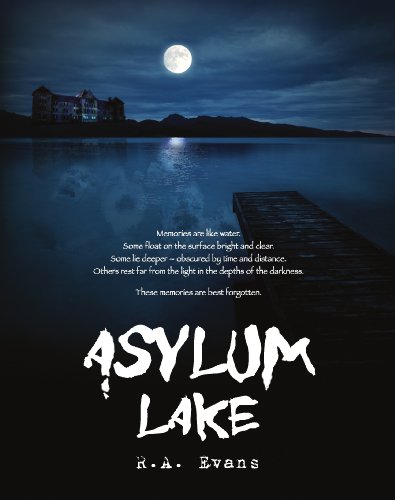 Memories are like water. Some float on the surface bright and clear. Some lie deeper – blurred by time and distance. Others rest far from the light in the depths of the darkness. These memories are best forgotten. At the bottom of Asylum Lake the unremembered have grown restless. After the sudden death of his wife, Brady Tanner moves to … END_OF_DOCUMENT_TOKEN_TO_BE_REPLACED 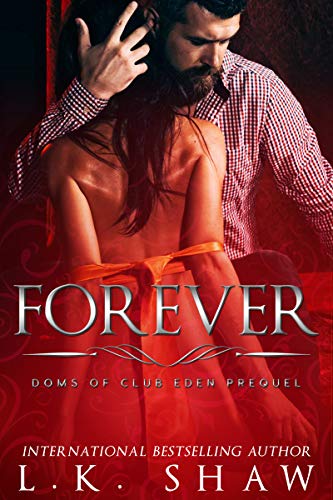 There’s no such thing as love at first sight. Except, there is. Livvie and I were college kids, just starting our lives, the day we met. Our connection was instantaneous. We had to fight against those who said we were moving too fast. Who said we were too young. That we’d never last. We showed them otherwise. Our love isn’t … END_OF_DOCUMENT_TOKEN_TO_BE_REPLACED 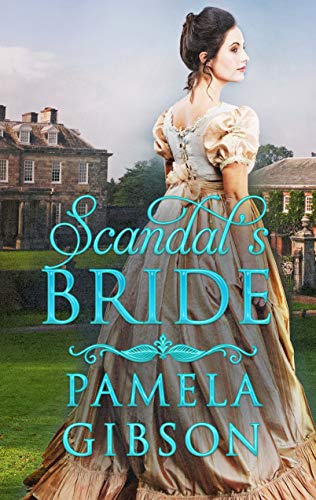 Marry in haste… Lady Gwendolyn Pettigrew longs to be a mother, but refuses to marry the lecherous old fool her father has found for her. When her best friend convinces her to consider her husband’s younger brother as a suitable candidate, Gwen agrees to a marriage of convenience, hoping against hope that her dream of becoming a mother will have … END_OF_DOCUMENT_TOKEN_TO_BE_REPLACED 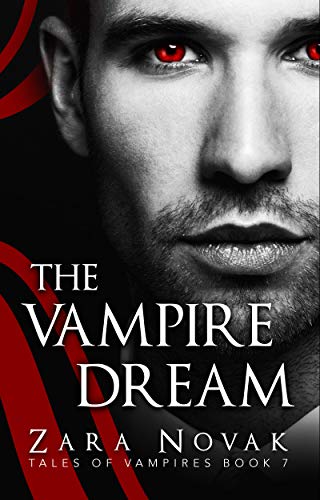 The first thing April noticed when she came to was the chain around her ankle. Then she heard the other girls screaming. How had they got there? What was happening? When the platform ascends, she finds herself in the middle of a floodlit forest, and on the horizon hundreds of shirtless men with glowing red eyes linger in the shadows. … END_OF_DOCUMENT_TOKEN_TO_BE_REPLACED 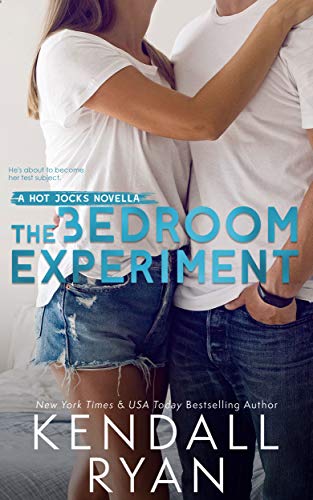 When your stepbrother is a hot hockey stud with more notches in his bedpost than, well anyone, he’s the perfect candidate to help you gain a little bedroom experience. At least that’s my plan this V-day… Note: This is a hot and steamy standalone novelette. Contents include: One sweet but rough-around-the-edges hockey player who’s going a little crazy. One blunt, … END_OF_DOCUMENT_TOKEN_TO_BE_REPLACED 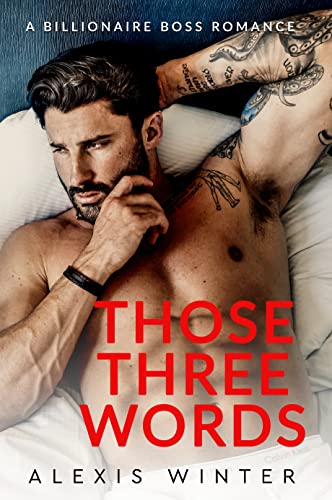 I never thought getting fired from my dream job would change my life. And I certainly never imagined three little words would be my undoing. Trust me—they’re not the words you’re thinking. Those three delicious, toe-curling words whispered by my boss were where it all changed. When budget cuts at my local school leave me scrambling to find a job … END_OF_DOCUMENT_TOKEN_TO_BE_REPLACED 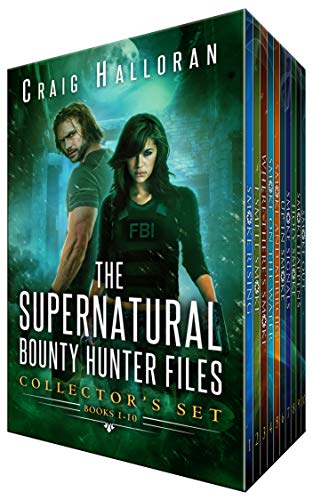 She thought it was an ordinary investigation. But it was a werewolf hunt. After losing her partner in the line of duty, Agent Sidney Shaw is forced to team up with a renegade bounty hunter. And she doesn’t’ like it. John Smoke—an incarcerated wild card—is released into her custody, only to push her vaunted training to the limits and toss … END_OF_DOCUMENT_TOKEN_TO_BE_REPLACED 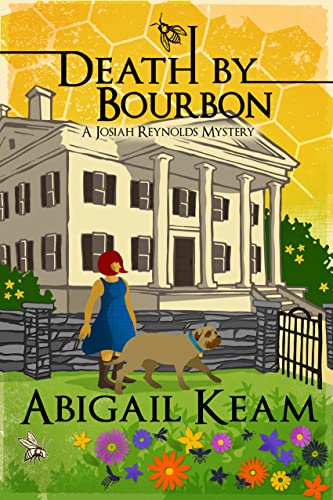 “Couldn’t put it down!”B. Jacob reviewer Life takes a dramatic turn for Josiah when she witnesses a death at an engagement party for Matt, her best friend. Charming socialite Addison DeWitt falls into a fit after taking a sip of bourbon. That would be upsetting enough, but Josiah is sure it is murder. However, no one will believe her except … END_OF_DOCUMENT_TOKEN_TO_BE_REPLACED 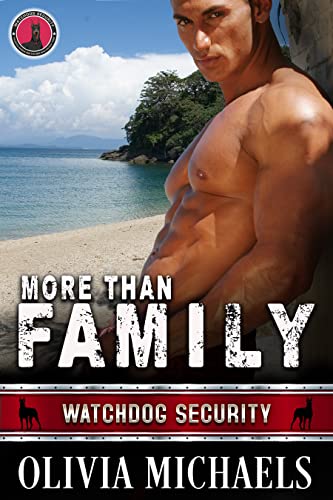 She trusted him with her life and her daughter’s. Can she trust him with her heart?Navy SEAL Camden Bains knew when he saved the little girl from a hostage situation and placed her in the arms of her beautiful mother that he’d surrendered his heart to them, too. As much as he fought his growing attraction to a woman he’d … END_OF_DOCUMENT_TOKEN_TO_BE_REPLACED 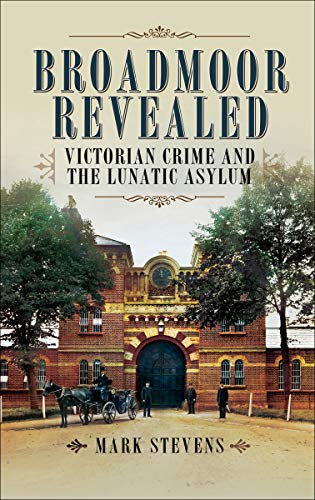 A fascinating introduction to the history of Broadmoor: Kate Summerscale, author of The Suspicions of Mr Whicher.On 27 May 1863, three coaches pulled up at the gates of a new asylum, built amongst the tall, dense pines of Windsor Forest. Broadmoors first patients had arrived.In Broadmoor Revealed, Mark Stevens writes about what life was like for the criminally insane, over … END_OF_DOCUMENT_TOKEN_TO_BE_REPLACED 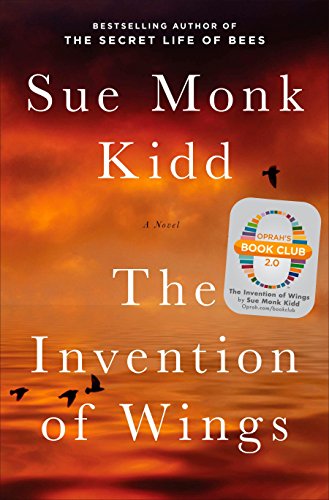 The Invention of Wings: With Notes (Oprah’s Book Club 2.0 3)

The newest Oprah’s Book Club 2.0 selection: this special eBook edition of The Invention of Wings by Sue Monk Kidd features exclusive content, including Oprah’s personal notes highlighted within the text, and a reading group guide. Writing at the height of her narrative and imaginative gifts, Sue Monk Kidd presents a masterpiece of hope, daring, the quest for freedom, and the desire … END_OF_DOCUMENT_TOKEN_TO_BE_REPLACED 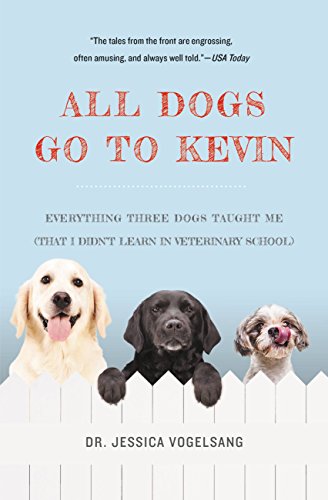 All Dogs Go to Kevin: Everything Three Dogs Taught Me (That I Didn’t Learn in Veterinary School)

All Dogs Go to Kevin is a humorous and touching memoir that will appeal to anyone who has ever loved an animal or lost hours in James Herriot’s classic veterinary stories. You can’t always count on people, but you can always count on your dog. No one knows that better than veterinarian Jessica Vogelsang. With the help of three dogs, … END_OF_DOCUMENT_TOKEN_TO_BE_REPLACED 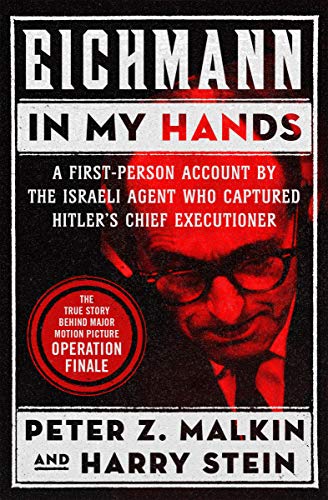 Eichmann in My Hands: A First-Person Account by the Israeli Agent Who Captured Hitler’s Chief Executioner

The true story behind “one of history’s great manhunts” and the film Operation Finale by the Mossad legend who caught the most wanted Nazi in the world (The New York Times).   1n 1960 Argentina, a covert team of Israeli agents hunted down the most elusive war criminal alive: Adolf Eichmann, chief architect of the Holocaust. The young spy who … END_OF_DOCUMENT_TOKEN_TO_BE_REPLACED 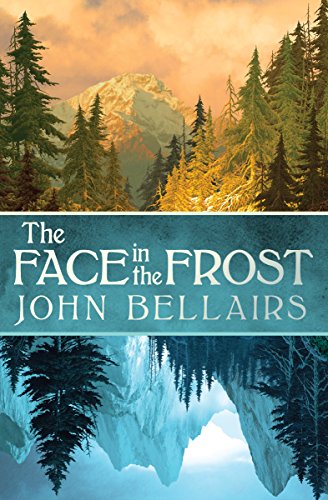 The Face in the Frost

A fantasy classic by the author of The House with a Clock in Its Walls—basis for the Jack Black movie—and “a writer who knows what wizardry is all about” (Ursula K. Le Guin).  A richly imaginative story of wizards stymied by a power beyond their control, A Face in the Frost combines the thrills of a horror novel with the … END_OF_DOCUMENT_TOKEN_TO_BE_REPLACED 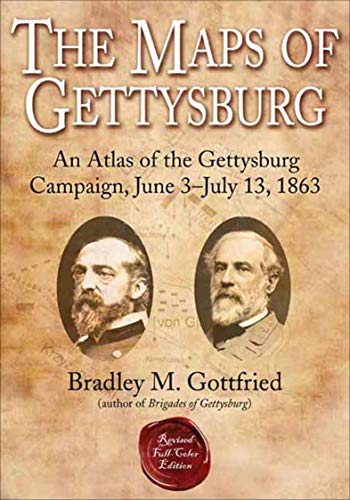 A comprehensive collection of Civil War maps and battle plans that brought Union and Confederate forces to the largest battle ever fought on American soil.   Thousands of books and articles have been written about Gettysburg—but the military operation itself remains one of the most complex and difficult to understand. Here, Bradley M. Gottfried gives readers a unique and thorough … END_OF_DOCUMENT_TOKEN_TO_BE_REPLACED 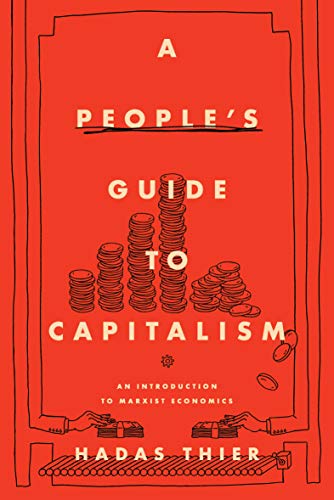 A People’s Guide to Capitalism: An Introduction to Marxist Economics

A lively, accessible, and timely guide to Marxist economics for those who want to understand and dismantle the world of the 1%. Economists regularly promote Capitalism as the greatest system ever to grace the planet. With the same breath, they implore us to leave the job of understanding the magical powers of the market to the “experts.” Despite the efforts … END_OF_DOCUMENT_TOKEN_TO_BE_REPLACED 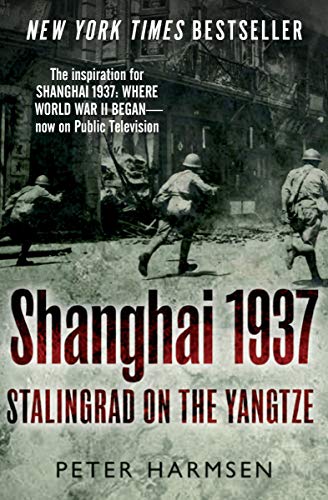 Shanghai 1937: Stalingrad on the Yangtze

The New York Times bestseller that inspired the documentary Shanghai 1937: Where World War II Began on Public Television. At its height, the Battle of Shanghai involved nearly a million Chinese and Japanese soldiers while sucking in three million civilians as unwilling spectators—and often victims. It turned what had been a Japanese imperialist adventure in China into a general war … END_OF_DOCUMENT_TOKEN_TO_BE_REPLACED 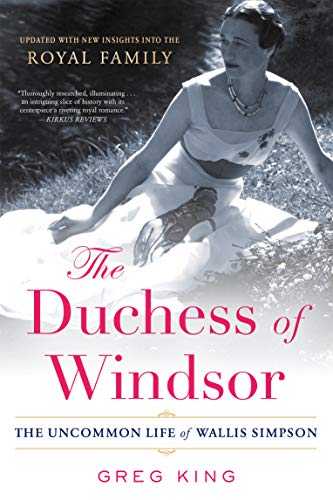 The Duchess Of Windsor

“A sympathetic and believable portrait” of the American woman for whom King Edward VIII gave up the throne, with photos included (Christian Science Monitor).   A woman’s life can really be a succession of lives, each revolving around some emotionally compelling situation or challenge, and each marked off by some intense experience.   It was the love story of the … END_OF_DOCUMENT_TOKEN_TO_BE_REPLACED 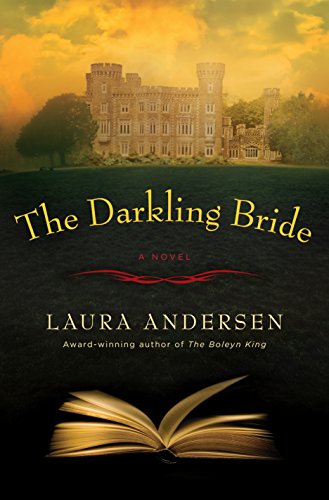 The Darkling Bride: A Novel

Three generations of Irish nobles face their family secrets in this spellbinding novel from the award-winning author of the Boleyn King trilogy.   The Gallagher family has called Deeprath Castle home for seven hundred years. Nestled in the Wicklow Mountains of Ireland, the estate is now slated to become a public trust, and book lover and scholar Carragh Ryan is … END_OF_DOCUMENT_TOKEN_TO_BE_REPLACED