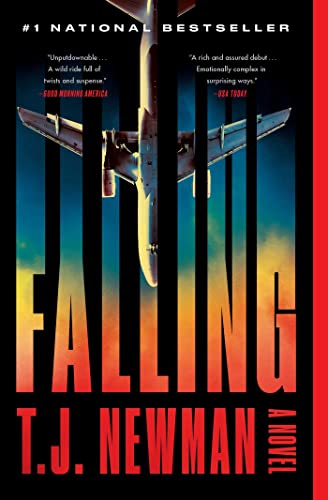 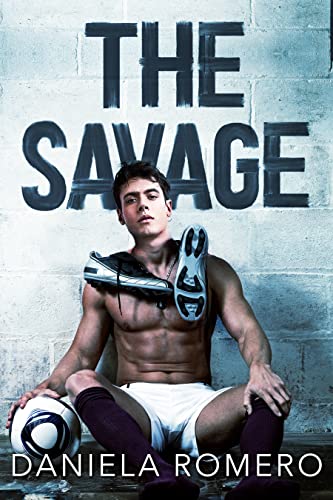 When Gabriel thrusts himself into Cecilia’s life after finding her unconscious on the locker room floor, she struggles to figure out if he’s her guardian angel, or another devil is disguise. Cecilia Russo and Gabriel Herrera have nothing in common. She’s the former cheerleader who fell from grace, He’s PacNorth University’s rising soccer star. She wants nothing more than to … END_OF_DOCUMENT_TOKEN_TO_BE_REPLACED 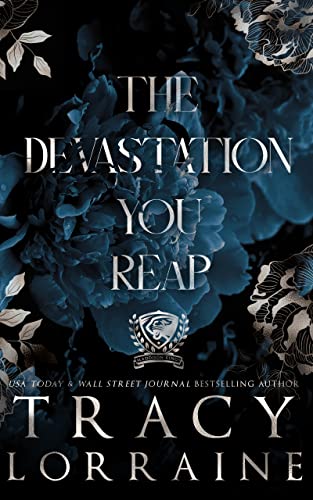 For years I’ve kept my secrets. Kept the darkest, most twisted parts of myself buried from everyone around me. My need to destroy those responsible for tainting my life, ruining the person I was, the person I could’ve been, burns hotter with every passing day. And when I finally get the chance to confront one and unleash the monster he … END_OF_DOCUMENT_TOKEN_TO_BE_REPLACED 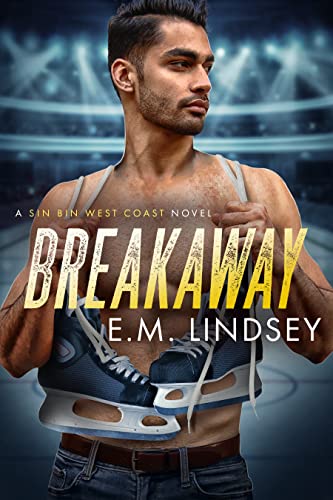 The last thing Ravi Chandola needs is to define his career by a single mistake he made off the ice. But it’s not that easy when you’re the captain of an NHL team and the press is always watching, waiting to pounce. And to make matters worse, Ravi now has community service under the supervision of a former professional figure … END_OF_DOCUMENT_TOKEN_TO_BE_REPLACED 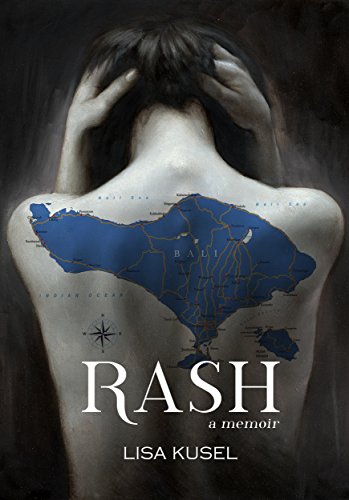 Lisa Kusel, living comfortably in her California home, feels an unsettling lack of personal contentment. When she sees a job posting for a new international school in Bali, she convinces her schoolteacher husband Victor to apply. Six weeks after his interview, Lisa, Victor, and their six-year-old daughter, Loy, move halfway around the world to paradise. But instead of luxuriating in … END_OF_DOCUMENT_TOKEN_TO_BE_REPLACED 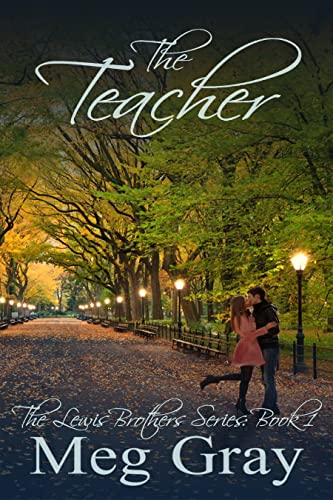 She’s a fish out of water on a new adventure. Can a country-bred educator discover the power of love with a traumatized boy and his big-city dad? Portland, Oregon. Emma Hewitt never dreamed she’d have to start over outside her rural community. But she rises to the challenge and enthusiastically welcomes her class of kindergartners, right until a harried father … END_OF_DOCUMENT_TOKEN_TO_BE_REPLACED 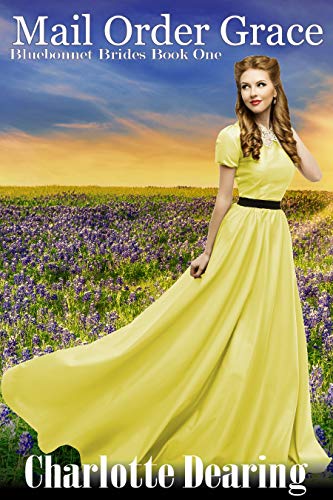 Texas, 1880 – A reclusive cowboy must raise an orphaned baby It’s bad… Matt Bentley’s brother died from a rattlesnake bite, leaving Matt to care for his infant niece. All he can do is pray he can raise a baby girl and still run his ranch. And it gets worse… His late brother has a mail-order-bride on the way. Matt … END_OF_DOCUMENT_TOKEN_TO_BE_REPLACED 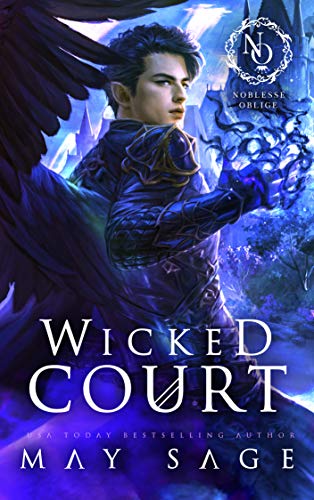 For as long as I can remember, I’ve had to hide who I am. What I am. They had me play the sheep. They had me blend in. They marked me and sealed my power. Now I have my freedom, because everyone who’s ever wanted me confined is dead. I could have changed it. I could have altered the course … END_OF_DOCUMENT_TOKEN_TO_BE_REPLACED 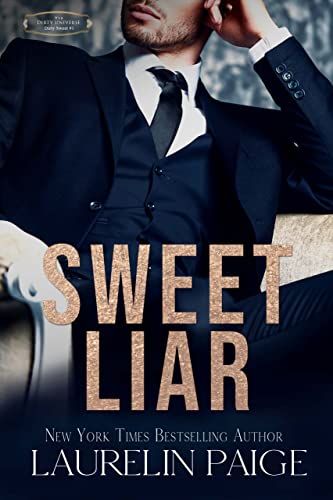 “Sweet Liar captivated me from start to finish! Dylan Locke is a must have in your book boyfriend collection!” Jana Aston, NYT Bestselling Author British ad exec Dylan Locke isn’t looking for love. He isn’t looking for fate. He’s definitely not looking for Audrey Lind. She’s pretty, far too young, and overly romantic–in short, exhausting. But when the girl, young … END_OF_DOCUMENT_TOKEN_TO_BE_REPLACED 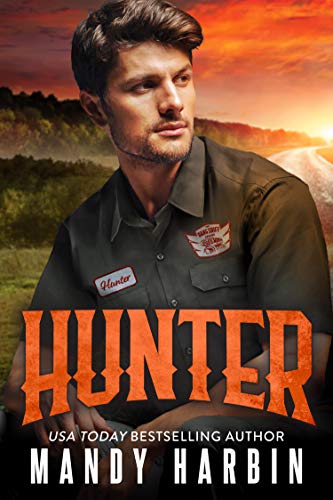 Hot. Hard. Hazardous. Hunter Anderson is good at burying dark secrets behind his lethal smile. It’s a great skill to have in his line of work, but one he learned long before becoming a member of the Bang Shift mercenary group. They all have secrets, but he has something they don’t—a sister to protect. She knows the score, but he’ll … END_OF_DOCUMENT_TOKEN_TO_BE_REPLACED 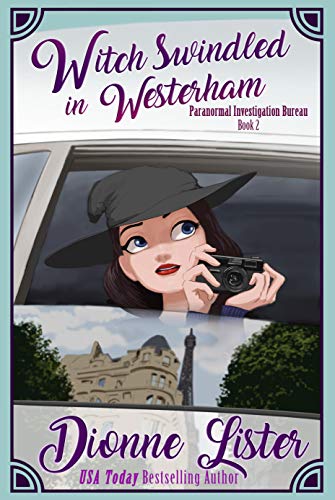 Just when Lily’s settling into life in Westerham and making new friends, the Paranormal Investigation Bureau needs her help again. A witch has been misappropriating millions from unsuspecting retirees, but she’s destroyed all the evidence. Lily’s unique witchy skills are the only thing that can uncover the past and get the PIB the evidence it needs. Even though Lily has … END_OF_DOCUMENT_TOKEN_TO_BE_REPLACED 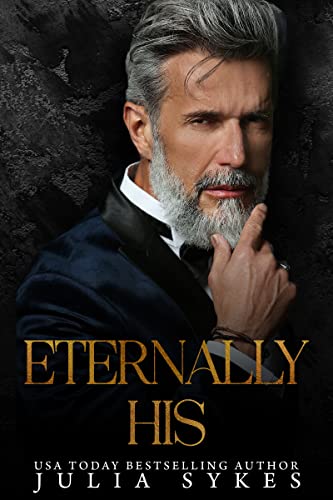 He’s a cold-blooded criminal. Nearly twenty years older than me. My stern captor. And worst of all…my husband. I betrayed the cartel. Now, he’ll make sure I can never leave it. To keep me in line, I’ll be forced to spend my eternity with a ruthless criminal. If only I hadn’t harbored a traitorous, girlish crush for years. If only … END_OF_DOCUMENT_TOKEN_TO_BE_REPLACED 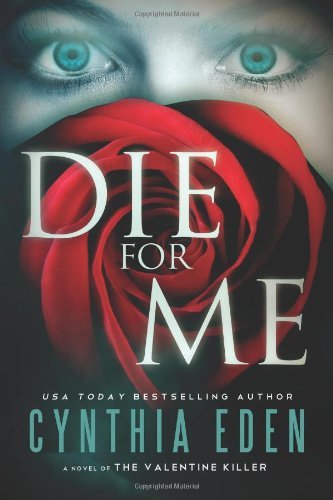 She thought her fiancé was the perfect man—until he turned out to be the perfect killer… Katherine Cole is running for her life, desperate to escape the Valentine Killer—so-called because he stabs his victims through the heart and leaves them holding a telltale single red rose. Still he tracks her to New Orleans and begins carving a bloody path to … END_OF_DOCUMENT_TOKEN_TO_BE_REPLACED 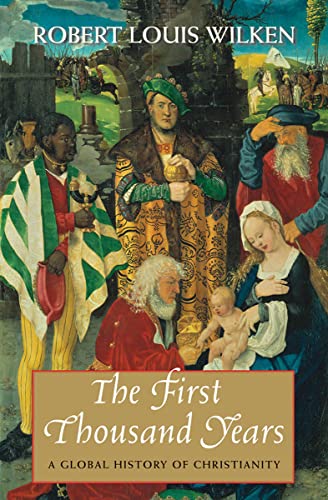 “[A] brilliant survey of the development of Christianity . . . tells a riveting story of a struggling young religion searching for an identity.” —Publishers Weekly   This sweeping history begins with the life of Jesus and narrates the remarkable story of Christianity as it unfolded over the next thousand years. Unique in its global scope, the book encompasses the vast geographical span … END_OF_DOCUMENT_TOKEN_TO_BE_REPLACED 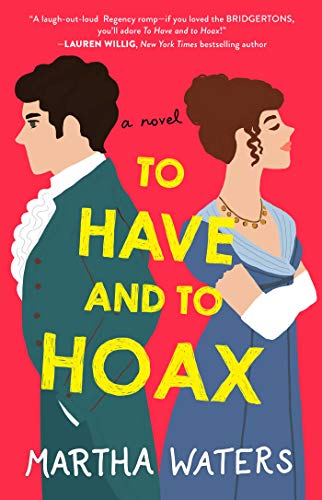 Named a Best Romance of April by Goodreads, Popsugar, Bustle, and more! “A laugh out loud Regency romp—if you loved the Bridgertons, you’ll adore To Have and to Hoax!” —Lauren Willig, New York Times bestselling author In this fresh and hilarious historical rom-com, an estranged husband and wife in Regency England feign accidents and illness in an attempt to gain … END_OF_DOCUMENT_TOKEN_TO_BE_REPLACED 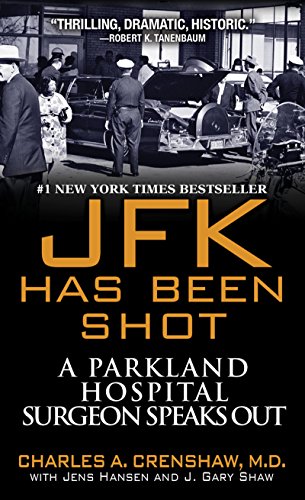 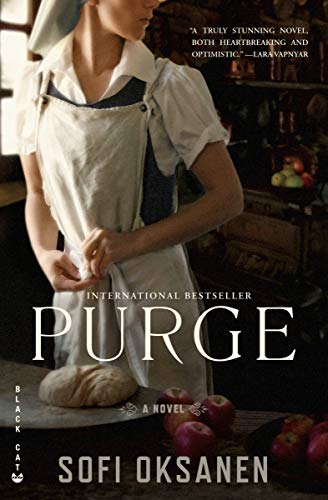 An award-winning novel of two women dogged by secrets buried in Estonia’s shameful Soviet past—“[A] bold combination of history, politics, and suspense” (The Sunday Times).   When Aliide Truu, an older woman living alone in the Estonian countryside, finds a disheveled girl huddled in her front yard, she suppresses her misgivings and offers her shelter. Zara is a young sex-trafficking … END_OF_DOCUMENT_TOKEN_TO_BE_REPLACED 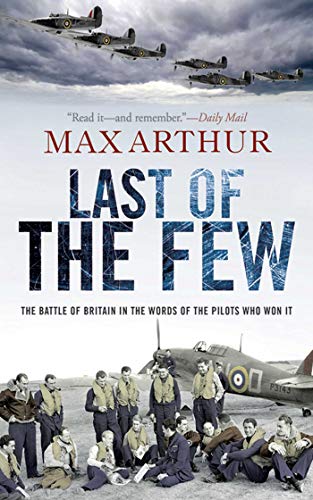 After the fall of France in May 1940, the British Expeditionary Force was miraculously evacuated from Dunkirk. Britain now stood alone to face Hitler’s inevitable invasion attempt. For the German army to land across the channel, Hitler needed mastery of the skies—the Royal Air Force would have to be broken. So every day throughout the summer, German bombers pounded the … END_OF_DOCUMENT_TOKEN_TO_BE_REPLACED 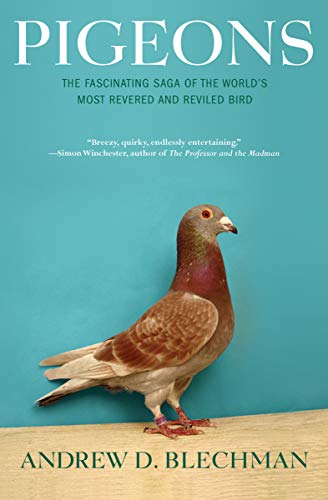 A “quirky, endlessly entertaining” look at the surprising history of the pigeon (Simon Winchester).   Domesticated since the dawn of man, pigeons have been used as crucial communicators in war by every major historical superpower from ancient Egypt to the United States and are credited with saving thousands of lives. They have been worshipped as fertility goddesses and revered as … END_OF_DOCUMENT_TOKEN_TO_BE_REPLACED 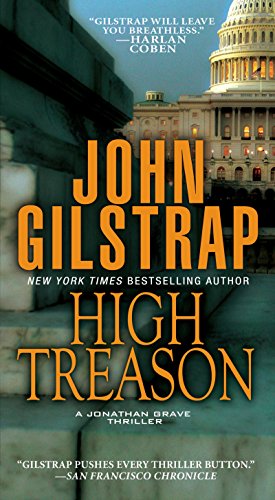 When the First Lady is kidnapped, a rescue specialist discovers her secrets—and a deadly conspiracy—in a thriller by the New York Times bestselling author.   First Lady Anna Darmond’s penchant for late night parties in South East D.C. is a harmless open secret—until she’s kidnapped out from under the noses of her Secret Service agents in a bloody gunfight. It’s … END_OF_DOCUMENT_TOKEN_TO_BE_REPLACED 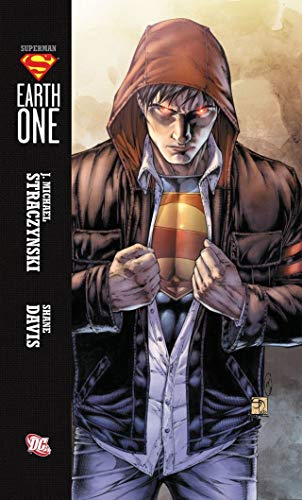 Forget everything you know about The Man of Steel and brace yourself for a staggering new take on the world’s most popular Super Hero. Best-selling, Hugo Award-winning writer J. Michael Straczynski (BRAVE AND THE BOLD, THOR, BABYLON 5) and red-hot rising star artist Shane Davis (GREEN LANTERN, SUPERMAN/BATMAN) team up for this exciting launch of the EARTH ONE graphic novel … END_OF_DOCUMENT_TOKEN_TO_BE_REPLACED 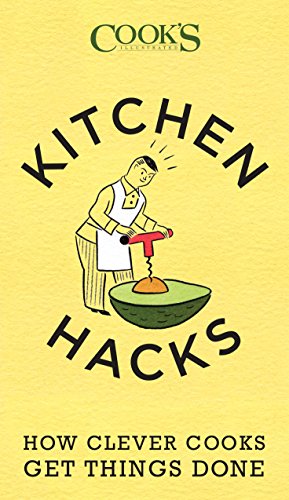 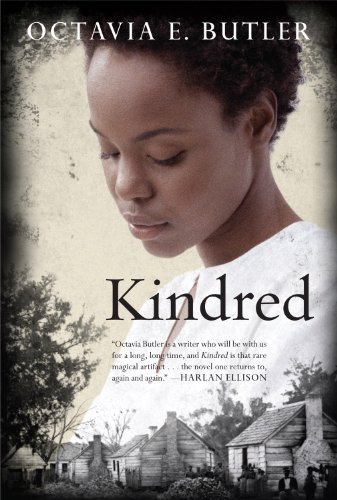 Kindred premieres this November (2022) on Hulu. A Good Morning America 2021 Top Summer Read Pick The visionary author’s masterpiece pulls us—along with her Black female hero—through time to face the horrors of slavery and explore the impacts of racism, sexism, and white supremacy then and now. Dana, a modern black woman, is celebrating her twenty-sixth birthday with her new … END_OF_DOCUMENT_TOKEN_TO_BE_REPLACED 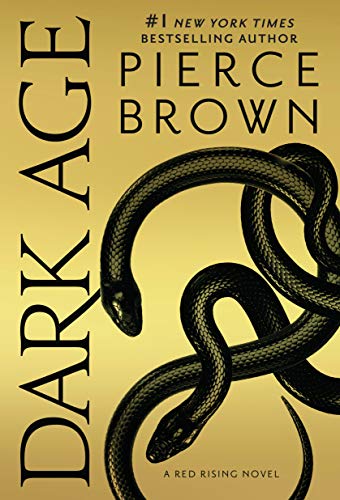 NEW YORK TIMES BESTSELLER • Thebestselling author of Morning Star returns to the Red Rising universe with the thrilling sequel to Iron Gold.   “Brown’s plots are like a depth charge of nitromethane dropped in a bucket of gasoline. His pacing is 100% him standing over it all with a lit match and a smile, waiting for us to dare … END_OF_DOCUMENT_TOKEN_TO_BE_REPLACED 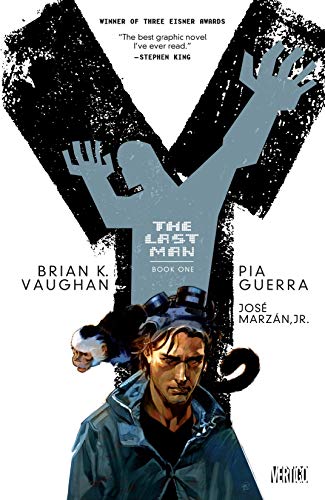 Y: THE LAST MAN, winner of three Eisner Awards and one of the most critically acclaimed, best-selling comic books series of the last decade, is that rare example of a page-turner that is at once humorous, socially relevant and endlessly surprising. Written by Brian K. Vaughan (LOST, PRIDE OF BAGHDAD, EX MACHINA) and with art by Pia Guerra, this is … END_OF_DOCUMENT_TOKEN_TO_BE_REPLACED 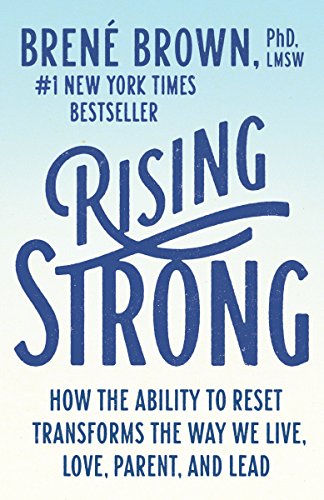 #1 NEW YORK TIMES BESTSELLER • When we deny our stories, they define us. When we own our stories, we get to write the ending. Don’t miss the five-part HBO Max docuseries Brené Brown: Atlas of the Heart! Social scientist Brené Brown has ignited a global conversation on courage, vulnerability, shame, and worthiness. Her pioneering work uncovered a profound truth: … END_OF_DOCUMENT_TOKEN_TO_BE_REPLACED 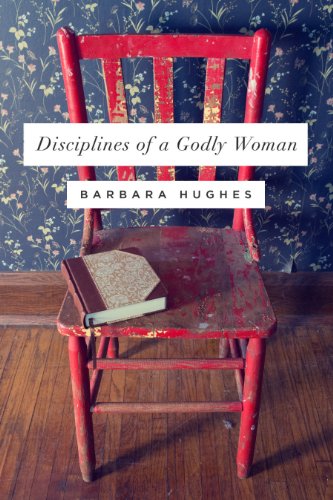 Discipline. For many of us, the word alone evokes dread. It’s not that we don’t want to be disciplined physically, mentally, and spiritually. The challenge seems too hard, and the motivation more about duty than desire. When it comes to our Christian walk, we don’t want to be legalistic and just follow some set of rules. That’s not what it’s … END_OF_DOCUMENT_TOKEN_TO_BE_REPLACED