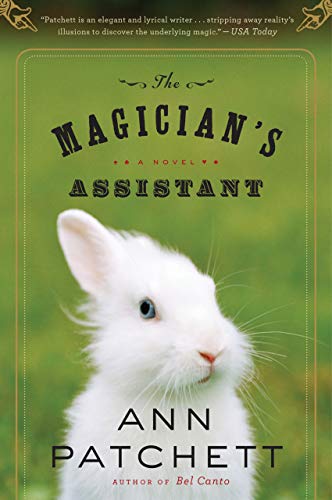 Sabine—twenty years a magician's assistant to her handsome, charming husband—is suddenly a widow. In the wake of his death, she finds he has left a final trick; a false identity and a family allegedly lost in a tragic accident but now revealed as very much alive and well. Named as heirs in his will, they enter Sabine's life and set … END_OF_DOCUMENT_TOKEN_TO_BE_REPLACED 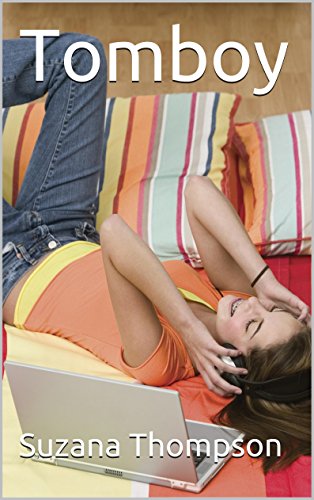 Cameron is just like one of the guys to everyone except Jake, her brother’s best friend. When she discovers him using her room to hook up with a girl, the sparks fly between them. 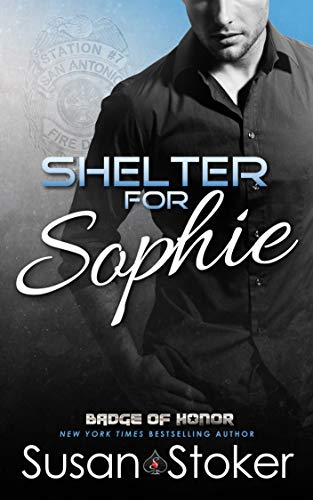 She’s shy, he’s stoic…not the hardest personality traits to overcome, but Sophie Carson and Roman “Chief” Proudfit have their work cut out for them. Sophie has a crush on the silent-but-studly firefighter next door. She’s been pining away silently while secretly helping the hardworking man by mowing his lawn—which he thinks is being done by her nonexistent husband and/or boyfriend. … END_OF_DOCUMENT_TOKEN_TO_BE_REPLACED 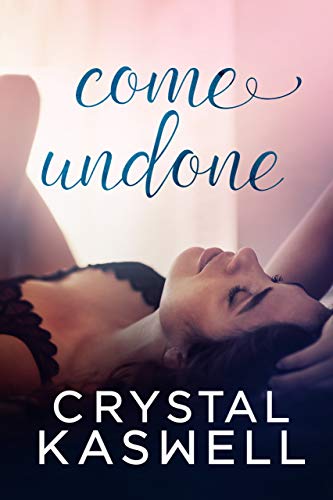 From USA Today bestseller Crystal Kaswell comes a love triangle that will break your heart then put it back together. From the outside, Alyssa has the perfect life. Beautiful apartment. Handsome high school sweetheart. Impending wedding. Only her fiance doesn’t love her anymore. He disappears into work, leaving her alone with her emptiness. Until Luke. The brooding lawyer needs a … END_OF_DOCUMENT_TOKEN_TO_BE_REPLACED 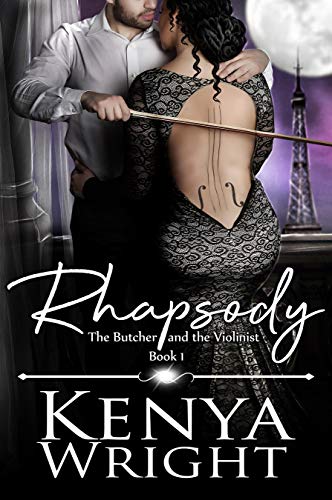 ***From bestselling author Kenya Wright, comes a new series called the Butcher and the Violinist.*** In Paris, they called him Le Boucher. The Butcher of the Corsican.Jean-Pierre’s greatest gift was a lack of feelings. His past had ripped them away. But then he saw Eden. On stage, she played her violin, spinning his head with songs that he’d tried to … END_OF_DOCUMENT_TOKEN_TO_BE_REPLACED 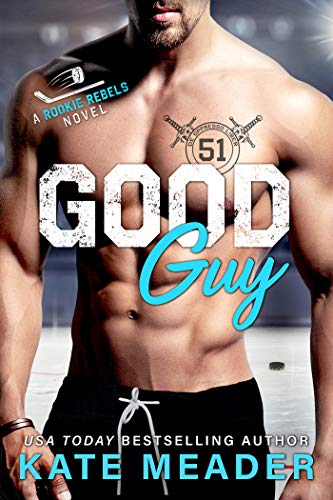 He’s a Special Forces veteran making his pro hockey debut. She’s a dogged sports reporter determined to get a scoop. She’s also his best friend’s widow . . . Fans can’t get enough of Levi Hunt, the Special Forces veteran who put his NHL career on hold to serve his country and fight the bad guys. So when his new … END_OF_DOCUMENT_TOKEN_TO_BE_REPLACED 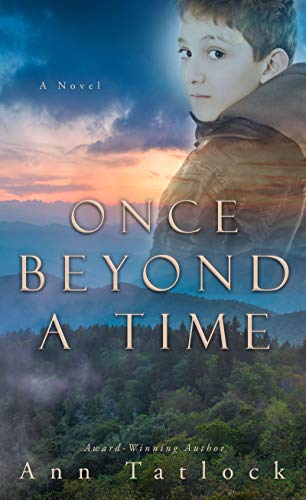 A troubled family, missing child, and a “house beyond time. "Tatlock’s prose reminds readers why it is a joy to savor her stories." ~ Publishers WeeklyChristy Award WinnerA troubled family, whose pastor father resigned in disgrace from a church in suburban Philadelphia, moves to an old house in Black Mountain, North Carolina. They soon discover that their new home, nearly … END_OF_DOCUMENT_TOKEN_TO_BE_REPLACED 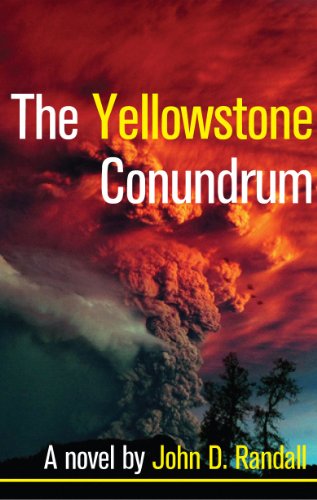 The Yellowstone Caldera, the most dangerous hot-spot on the surface of the earth, erupts with a series of 11.2 earthquakes and spews volcanic ash high into the atmosphere. Six hundred miles away a 9.45 quake under Puget Sound causes massive destruction to Seattle as a tsunami strikes and destroys most of the waterfront. The Fort Peck Dam in Montana on … END_OF_DOCUMENT_TOKEN_TO_BE_REPLACED 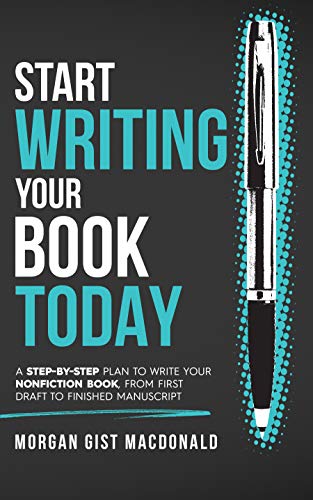 You know you want to write a book, so why does it feel so hard to sit down and do the writing? And once you get in a flow, why is it so difficult to stay in flow? And once you’ve finished writing, how do edit and revise so you know it’s a good book, that you’re proud to sell? … END_OF_DOCUMENT_TOKEN_TO_BE_REPLACED 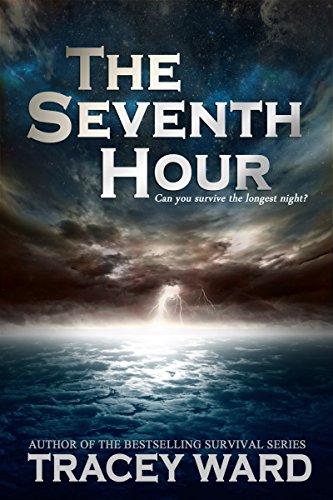 When the Earth’s rotation slowed to a crawl mankind was plunged into a harsh world of burning hot days and endless, arctic nights. Some fled to the mountains for shelter. Others took to the seas, sailing forever in the perfect gold between the night and the day; a place known as the Seventh Hour. Liv was raised aboard a ship … END_OF_DOCUMENT_TOKEN_TO_BE_REPLACED 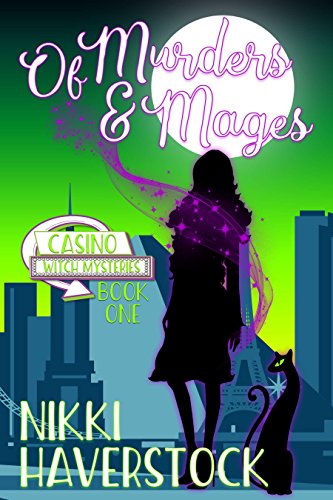 Three ways that Ella’s life is totally messed up:__ her new coworker is as cranky as he is attractive__ a mischievous cat has decided she needs a familiar__ she just found out she’s a witch who can read the emotional hologram of a magical death (and isn’t that a mouthful) And oh yeah, there’s five dead bodies, and no one … END_OF_DOCUMENT_TOKEN_TO_BE_REPLACED 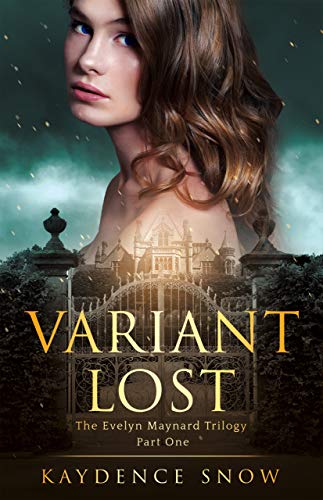 When Evelyn Maynard receives a scholarship to the exclusive Bradford Hills Institute, she’s determined to make a fresh start. The Institute is world renowned for educating and training Variants – the 18% of the population fortunate enough to have superhuman abilities. As a human, she’s lucky to be admitted. She’s done with fake identities, running and lying but once again … END_OF_DOCUMENT_TOKEN_TO_BE_REPLACED 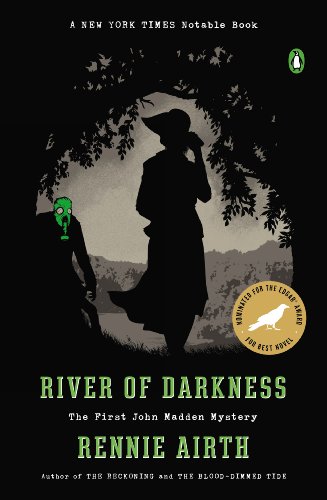 "It's the tactics and the terrain, the morale and the characters that make the difference between an average thriller and one as good as this."—The New York Times Book Review Upon its original publication, River of Darkness awed readers who look for intelligent, well-plotted psychological mysteries. This “fine, frightening piece of work” (Kirkus Reviews) introduces inspector John Madden who, in the … END_OF_DOCUMENT_TOKEN_TO_BE_REPLACED 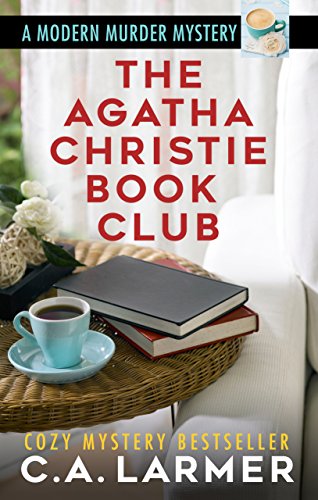 GLOBAL #1 AMAZON BESTSELLER: The perfect book club for those looking for fun, friendship and a corpse or two… CAN YOU SOLVE THE MYSTERY BEFORE THE AMATEUR SLEUTHS DO? Bored with her stodgy old book club and their snooty book choices, Alicia Finlay decides to start a new one—one that’s totally devoted to her favourite crime writer, the indomitable Agatha … END_OF_DOCUMENT_TOKEN_TO_BE_REPLACED 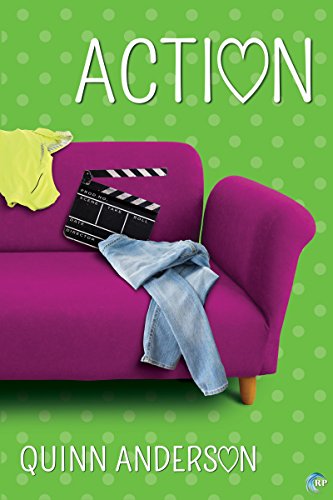 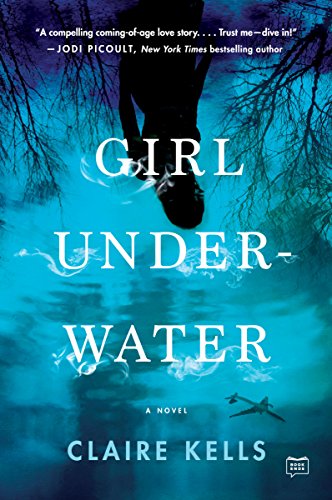 An adventurous debut novel that cross cuts between a competitive college swimmer’s harrowing days in the Rocky Mountains after a major airline disaster and her recovery supported by the two men who love her—only one of whom knows what really happened in the wilderness. Nineteen-year-old Avery Delacorte loves the water. Growing up in Brookline, Massachusetts, she took swim lessons at … END_OF_DOCUMENT_TOKEN_TO_BE_REPLACED 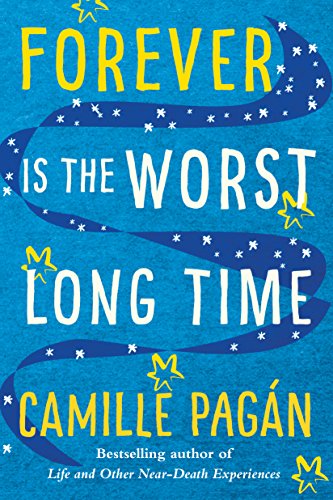 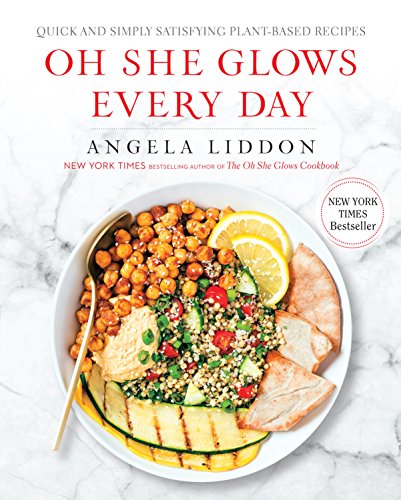 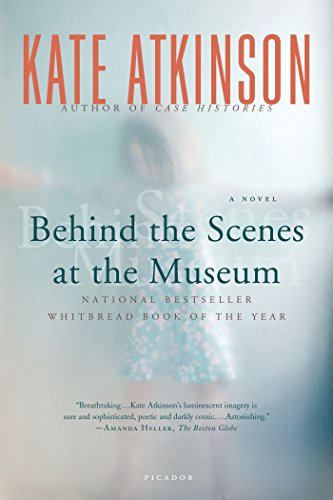 A deeply moving family story of happiness and heartbreak, Behind the Scenes at the Museum is bestselling author Kate Atkinson's award-winning literary debut. National Bestseller Winner of the Whitbread Book of the Year Ruby Lennox begins narrating her life at the moment of conception, and from there takes us on a whirlwind tour of the twentieth century as seen through … END_OF_DOCUMENT_TOKEN_TO_BE_REPLACED 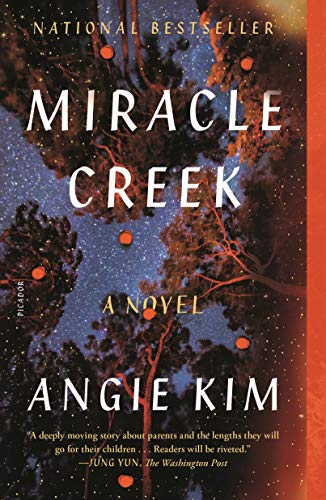 WINNER OF THE EDGAR AWARD FOR BEST FIRST NOVEL The “gripping… page-turner” (Time) hitting all the best of summer reading lists, Miracle Creek is perfect for book clubs and fans of Liane Moriarty and Celeste Ng How far will you go to protect your family? Will you keep their secrets? Ignore their lies? In a small town in Virginia, a … END_OF_DOCUMENT_TOKEN_TO_BE_REPLACED 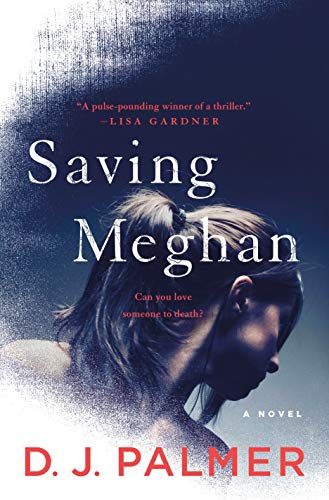 Saving Meghan is a riveting new thriller full of secrets and lies from author D.J. Palmer. Can you love someone to death? Some would say Becky Gerard is a devoted mother and would do anything for her only child. Others, including her husband Carl, claim she's obsessed and can't stop the vicious circle of finding a cure at her daughter's … END_OF_DOCUMENT_TOKEN_TO_BE_REPLACED 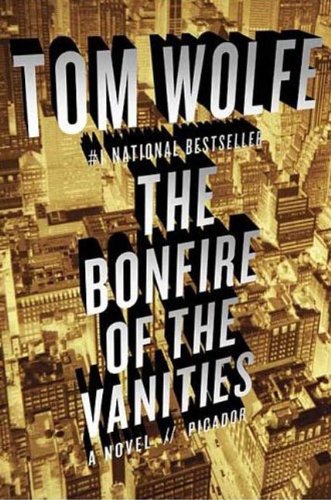 Vintage Tom Wolfe, The Bonfire of the Vanities, the #1 bestseller that will forever define late-twentieth-century New York style. "No one has portrayed New York Society this accurately and devastatingly since Edith Wharton" (The National Review) “A page-turner . . . Brilliant high comedy.” (The New Republic) 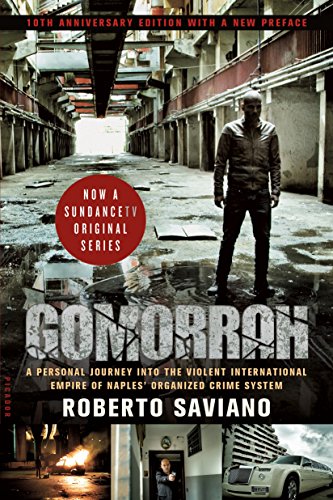 A groundbreaking major bestseller in Italy, Gomorrah is Roberto Saviano's gripping nonfiction account of the decline of Naples under the rule of the Camorra, an organized crime network with a large international reach and stakes in construction, high fashion, illicit drugs, and toxic-waste disposal. Known by insiders as "the System," the Camorra affects cities and villages along the Neapolitan coast, … END_OF_DOCUMENT_TOKEN_TO_BE_REPLACED 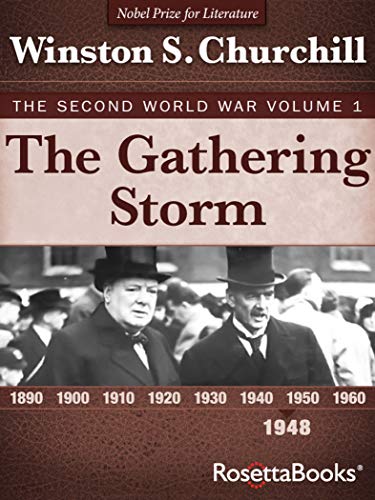 “It is our immense good fortune that a man who presided over this crisis in history is able to turn the action he lived through into enduring literature.” —The New York Times   This book is the first in Winston Churchill’s monumental six-volume account of the struggle between the Allied Powers in Europe against Germany and the Axis during World … END_OF_DOCUMENT_TOKEN_TO_BE_REPLACED 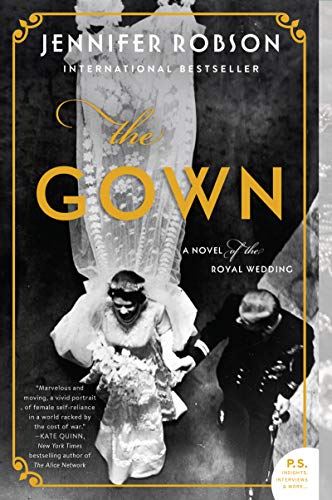 One of the most anticipated reads from InStyle, HelloGiggles, Hypable, Bookbub, and Bookriot! One of Real Simple's Best Historical Fiction novels of the year!   “The Gown is marvelous and moving, a vivid portrait of female self-reliance in a world racked by the cost of war.”–Kate Quinn, New York Times bestselling author of The Alice Network From the internationally bestselling author of … END_OF_DOCUMENT_TOKEN_TO_BE_REPLACED

$3.99   $11.99
Get Deal Get Deal
Remove filters
eBook Deals are valid for only A FEW DAYS!
Sign up now to don't miss book deals anymore