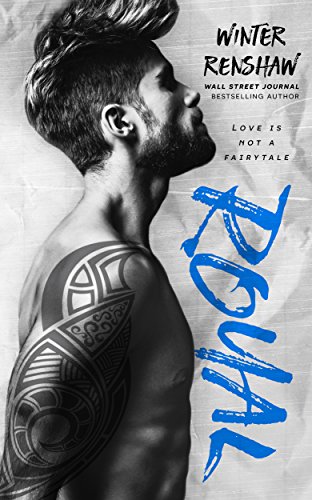 Wall Street Journal bestseller! His name is Royal, but he’s no prince charming. He’s not even a prince – though you could say I loved him once upon a time. He was my older brother’s best friend. Growing up, he sat at our dinner table every Sunday, teased me mercilessly, and pretended I annoyed him. When I was old enough, … END_OF_DOCUMENT_TOKEN_TO_BE_REPLACED 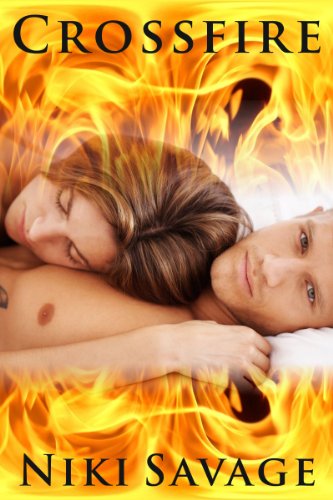 This is the first book in the Crossfire Trilogy.A deadly mercenary wakes up in the home of Marcelle Deschamps, a woman he has never met, but who haunts his dreams. As the weeks go by and his body heals, he finds himself falling in love with her, but can he overcome the guilt he feels at the life stolen from … END_OF_DOCUMENT_TOKEN_TO_BE_REPLACED 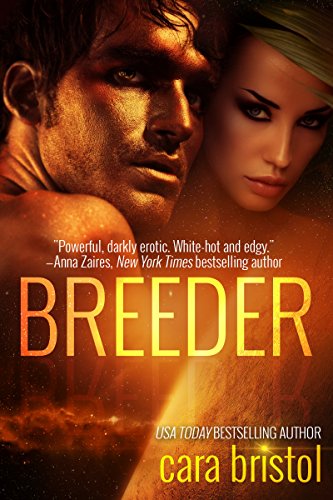 She was only meant to be the Alpha Commander’s slave…but she became his everything.High Commander Dak, a ruling Alpha of planet Parseon, purchases Omra strictly as a breeder slave. He intends to impregnate her, produce a son, and hand her off to his anointed beta partner, Corren. Any infractions of the rules by her will be harshly punished. But as … END_OF_DOCUMENT_TOKEN_TO_BE_REPLACED 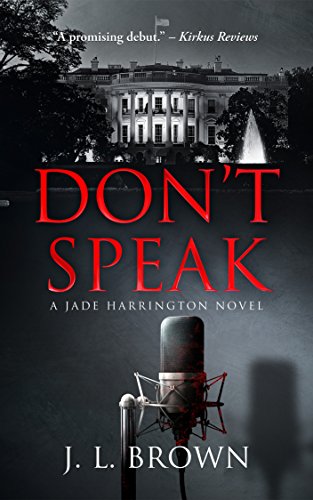 The nursery rhyme was wrong. Words can hurt you. Ambitious, twenty-something FBI Special Agent Jade Harrington cuts her vacation short to investigate the murder of a conservative radio personality only to discover that he may be the victim of a serial killer. Whitney Fairchild, the elegant and charismatic Democratic senator from Missouri, campaigns in a cutthroat race for president of … END_OF_DOCUMENT_TOKEN_TO_BE_REPLACED 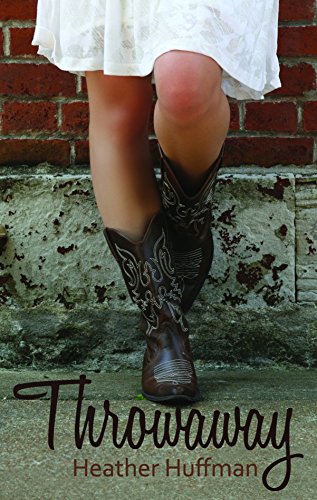 Sometimes life gives you a second chance when you least expect it. Jessie Jones has been under pimp Spence’s thumb for fourteen years when undercover cop Gabe walks into her life and offers her something she’s never had before: love, a future, and a home. But even if Jessie could walk away from Spence, there are darker forces of evil … END_OF_DOCUMENT_TOKEN_TO_BE_REPLACED 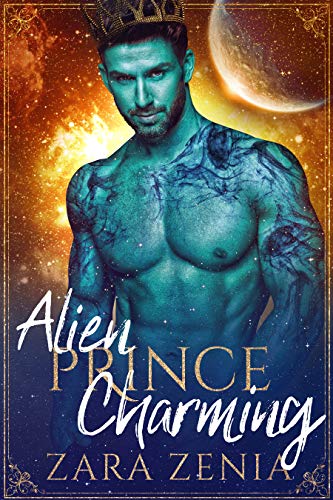 A pact between worlds. The search for a true human mate. A sci-fi fairy tale come true…Once upon a time, the Trilyn made contact with the people of Earth. In return for taking seven fertile females as brides for their seven princes, they would share their alien technology and enable Earth to create intergalactic space ships. Prince Gardax, the eldest … END_OF_DOCUMENT_TOKEN_TO_BE_REPLACED 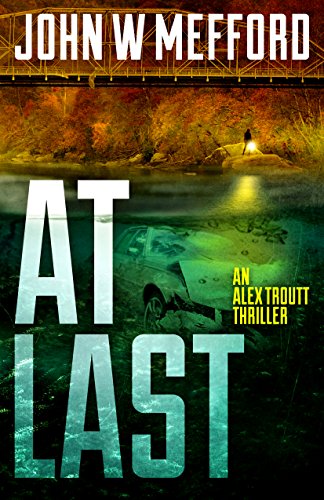 THE MEMORIES STILL FLICKER…But the loss is still there.And then came a clue…Will she take the dare? Thirty years have passed since that fateful night. Can Alex ever forget the mother she never really knew? Alex finally confronts the killer – the same man who just murdered the Boston police chief. And what Alex pulls from him shatters her core. … END_OF_DOCUMENT_TOKEN_TO_BE_REPLACED 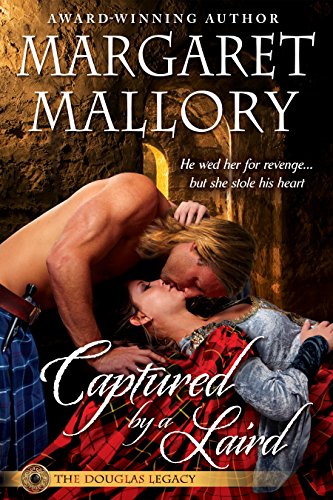 THE DOUGLAS LEGACYThe Douglas sisters, beauties all, are valuable pawns in their family’s bitter struggle to control the Scottish Crown. But when powerful enemies threaten, each Douglas lass will find she must face them alone. CAPTURED BY A LAIRDHaunted by his father’s violent death, David Hume, the new laird of Wedderburn, sets out to make his name so feared that … END_OF_DOCUMENT_TOKEN_TO_BE_REPLACED 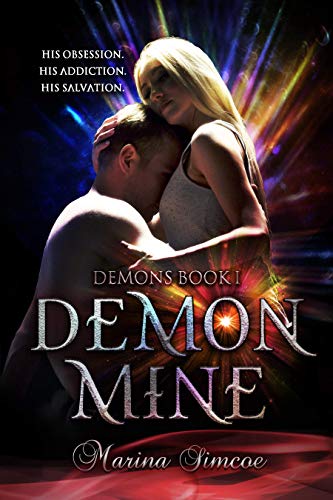 They are big, strong and silent. Their faces are hidden behind masks and their bodies are enclosed in armor suits. They took me from my home in the middle of the night and have been holding me in isolation for months. I don’t fully understand the purpose of my captivity. No one explains anything to me. No one even talks … END_OF_DOCUMENT_TOKEN_TO_BE_REPLACED 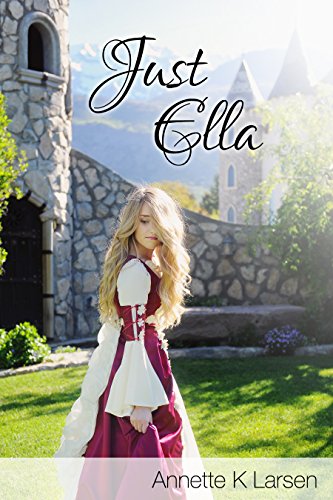 I watched in helpless horror as two guards hauled Gavin to his feet and dragged him from the room. My voice was frozen, unable to protest as another guard took hold of my arm, leading me upstairs. From the confines of my room, I stared into the darkness beyond my window, hoping to catch one more glimpse of Gavin. He … END_OF_DOCUMENT_TOKEN_TO_BE_REPLACED 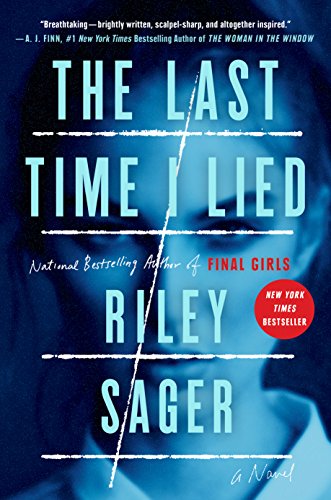 In this New York Times bestselling thriller from the author of Lock Every Door and Final Girls, a young woman returns to her childhood summer camp to uncover the truth about a tragedy that happened there fifteen years ago. Two Truths and a Lie. The girls played it all the time in their cabin at Camp Nightingale. Vivian, Natalie, Allison, and first-time … END_OF_DOCUMENT_TOKEN_TO_BE_REPLACED 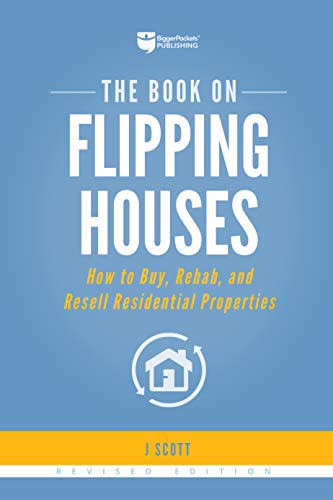 Entirely revised and updated, with more than 60,000 first edition copies sold! Learn how to find a great investment property, fix it up, and walk away with a profit. Are you inspired to leave your 9-to-5 job and start flipping houses? In The Book on Flipping Houses, expert real estate fix-and-flipper J Scott details a step-by-step plan to succeed in … END_OF_DOCUMENT_TOKEN_TO_BE_REPLACED 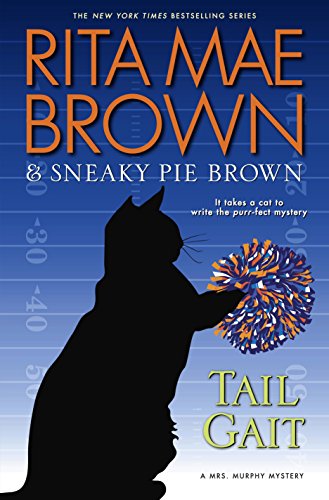 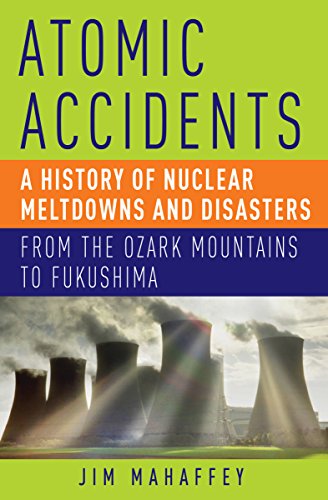 A “delightfully astute” and “entertaining” history of the mishaps and meltdowns that have marked the path of scientific progress (Kirkus Reviews, starred review). Radiation: What could go wrong? In short, plenty. From Marie Curie carrying around a vial of radium salt because she liked the pretty blue glow to the large-scale disasters at Chernobyl and Fukushima, dating back to the … END_OF_DOCUMENT_TOKEN_TO_BE_REPLACED 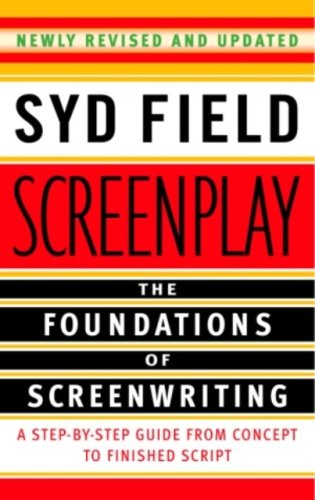 Hollywood’s script guru teaches you how to write a screenplay in “the ‘bible’ of screenwriting” (The New York Times)—now celebrating forty years of screenwriting success! Syd Field’s books on the essential structure of emotionally satisfying screenplays have ignited lucrative careers in film and television since 1979. In this revised edition of his premiere guide, the underpinnings of successful onscreen narratives … END_OF_DOCUMENT_TOKEN_TO_BE_REPLACED 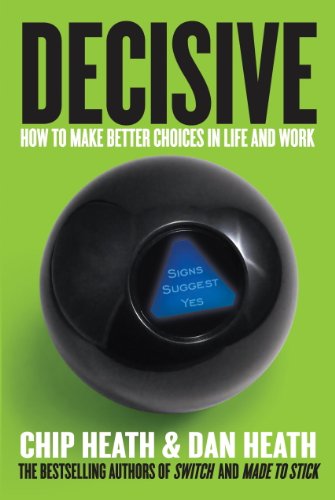 Chip and Dan Heath, the bestselling authors of Switch and Made to Stick, tackle one of the most critical topics in our work and personal lives: how to make better decisions.    Research in psychology has revealed that our decisions are disrupted by an array of biases and irrationalities: We’re overconfident. We seek out information that supports us and downplay information that … END_OF_DOCUMENT_TOKEN_TO_BE_REPLACED 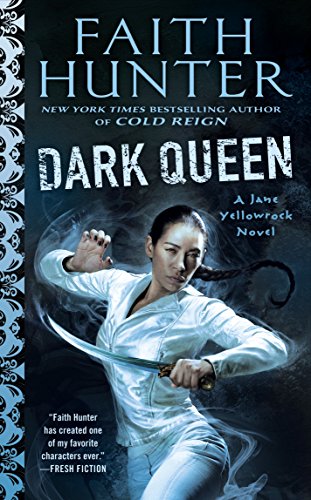 Jane Yellowrock used to hunt vampires, but now she must fight–and win–beside them. As Enforcer to the vampire Master of the City of New Orleans, Jane Yellowrock stakes her reputation and her life on keeping her territory safe. But Leo has been issued a blood challenge by the emperor of the European vampires, who seeks to usurp all of his … END_OF_DOCUMENT_TOKEN_TO_BE_REPLACED 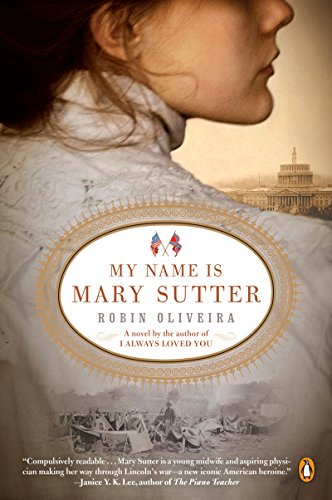 An enthralling historical novel about a young woman’s struggle to become a doctor during the Civil War In this stunning first novel, Mary Sutter is a brilliant, head­strong midwife from Albany, New York, who dreams of becoming a surgeon. Determined to overcome the prejudices against women in medicine-and eager to run away from her recent heartbreak- Mary leaves home and … END_OF_DOCUMENT_TOKEN_TO_BE_REPLACED 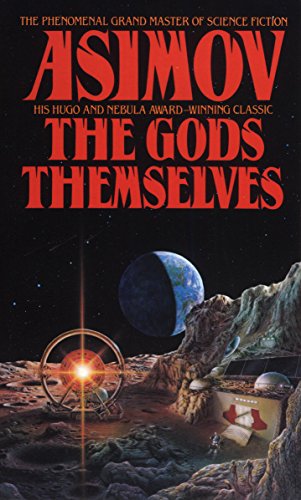 In the twenty-second century Earth obtains limitless, free energy from a source science little understands: an exchange between Earth and a parallel universe, using a process devised by the aliens. But even free energy has a price. The transference process itself will eventually lead to the destruction of the Earth’s Sun—and of Earth itself. Only a few know the terrifying … END_OF_DOCUMENT_TOKEN_TO_BE_REPLACED 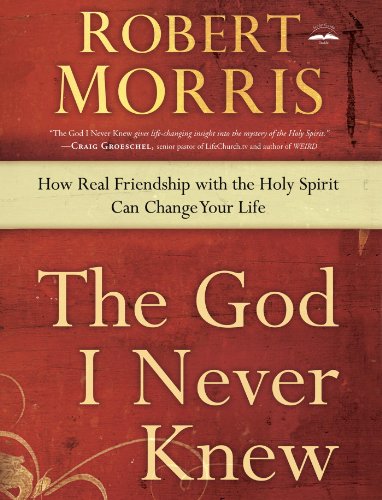 Who is the Holy Spirit, and exactly what does He do? Many people find the Holy Spirit mysterious, confounding—even controversial. Why is the third person in the Godhead—the one Jesus said would be the believer’s ultimate source of truth and comfort—the source of such confusion? In The God I Never Knew, Robert Morris clearly explains that the Holy Spirit’s chief desire … END_OF_DOCUMENT_TOKEN_TO_BE_REPLACED 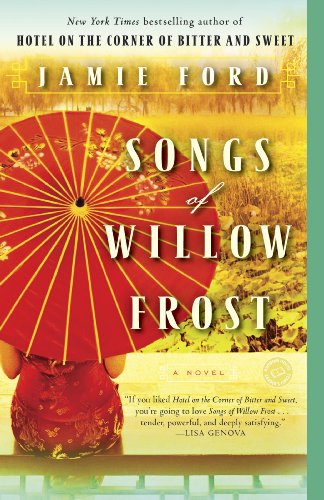 NEW YORK TIMES BESTSELLER From Jamie Ford, author of the beloved Hotel on the Corner of Bitter and Sweet, comes a much-anticipated second novel. Set against the backdrop of Depression-era Seattle, Songs of Willow Frost is a powerful tale of two souls—a boy with dreams for his future and a woman escaping her haunted past—both seeking love, hope, and forgiveness. Look … END_OF_DOCUMENT_TOKEN_TO_BE_REPLACED 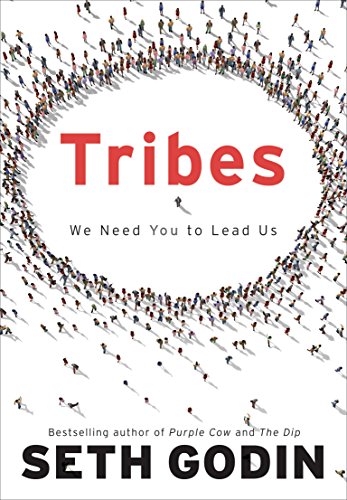 The New York Times, BusinessWeek, and Wall Street Journal Bestseller that redefined what it means to be a leader.   Since it was first published almost a decade ago, Seth Godin’s visionary book has helped tens of thousands of leaders turn a scattering of followers into a loyal tribe. If you need to rally fellow employees, customers, investors, believers, hobbyists, … END_OF_DOCUMENT_TOKEN_TO_BE_REPLACED 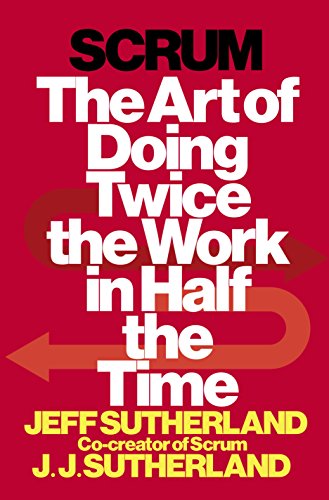 For those who believe that there must be a more agile and efficient way for people to get things done, here is a brilliantly discursive, thought-provoking book about the leadership and management process that is changing the way we live.  In the future, historians may look back on human progress and draw a sharp line designating “before Scrum” and “after … END_OF_DOCUMENT_TOKEN_TO_BE_REPLACED 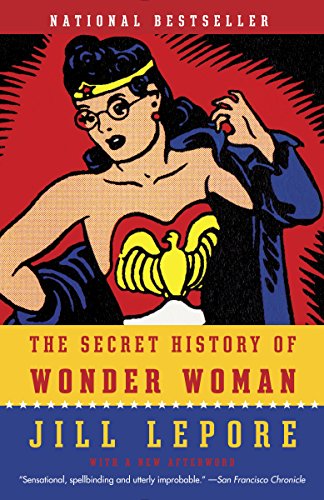 A riveting work of historical detection revealing that the origin of Wonder Woman, one of the world’s most iconic superheroes, hides within it a fascinating family story—and a crucial history of twentieth-century feminism Harvard historian and New Yorker staff writer Jill Lepore has uncovered an astonishing trove of documents, including the never-before-seen private papers of William Moulton Marston, Wonder Woman’s creator. Beginning … END_OF_DOCUMENT_TOKEN_TO_BE_REPLACED 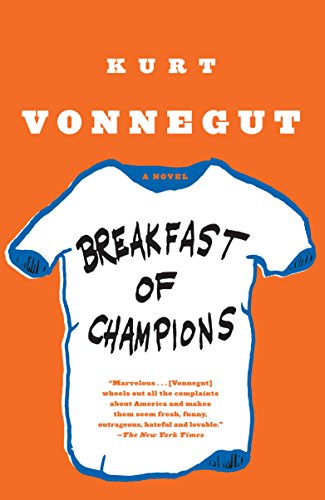 “Marvelous . . . [Vonnegut] wheels out all the complaints about America and makes them seem fresh, funny, outrageous, hateful and lovable.”—The New York Times In Breakfast of Champions, one of Kurt Vonnegut’s most beloved characters, the aging writer Kilgore Trout, finds to his horror that a Midwest car dealer is taking his fiction as truth. What follows is murderously … END_OF_DOCUMENT_TOKEN_TO_BE_REPLACED 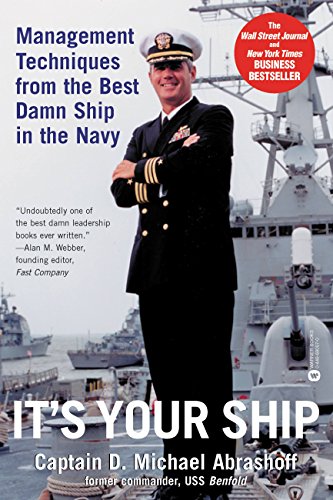 Read this million-copy bestseller for leadership insights about top-down change to improve productivity in your business starting with the most important person: You. When Captain Abrashoff took over as commander of USS Benfold, it was like a business that had all the latest technology but only some of the productivity. Knowing that responsibility for improving performance rested with him, he … END_OF_DOCUMENT_TOKEN_TO_BE_REPLACED 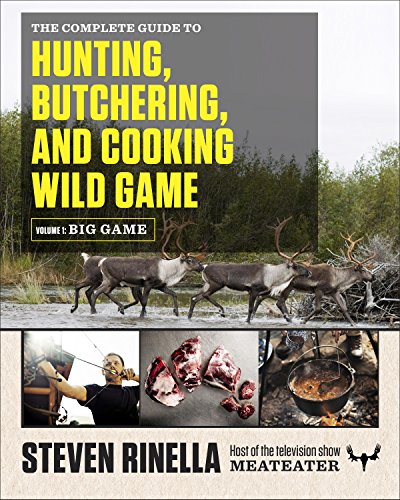 A comprehensive big-game hunting guide, perfect for hunters ranging from first-time novices to seasoned experts, with more than 400 photographs, including work by renowned outdoor photographer John Hafner     Steven Rinella was raised in a hunting family and has been pursuing wild game his entire life. In this first-ever complete guide to hunting—from hunting an animal to butchering and cooking … END_OF_DOCUMENT_TOKEN_TO_BE_REPLACED