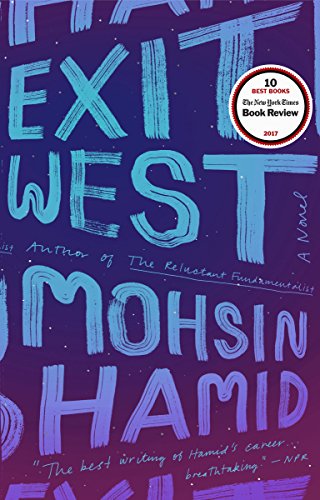 WINNER OF THE 2018 LOS ANGELES TIMES BOOK PRIZE FOR FICTION and THE ASPEN WORDS LITERARY PRIZE FINALIST FOR THE 2019 INTERNATIONAL DUBLIN LITERARY AWARD FINALIST FOR THE DAYTON LITERARY PEACE PRIZE TEN BEST BOOKS, NEW YORK TIMES BOOK REVIEW “A breathtaking novel…[that] arrives at an urgent time.” –NPR “It was as if Hamid knew what was going to happen to America … END_OF_DOCUMENT_TOKEN_TO_BE_REPLACED 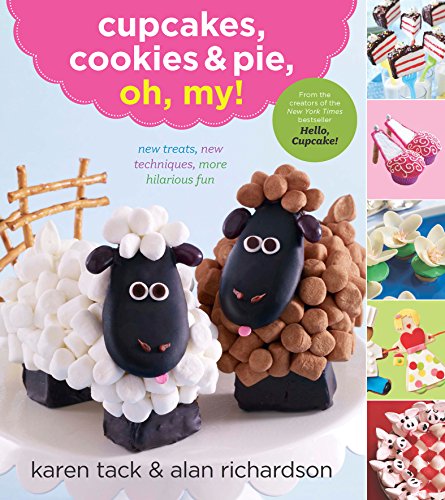 Playful recipes for sweet party treats and family desserts, from the New York Times–bestselling authors! The New York Times–bestselling authors of Hello, Cupcake! and What’s New, Cupcake? are back, applying their oversized imaginations not just to cupcakes but to cookies, pies, cakes, and other treats, with projects that are more hilarious, more spectacular, more awe-inspiring—and simpler than ever.   No … END_OF_DOCUMENT_TOKEN_TO_BE_REPLACED 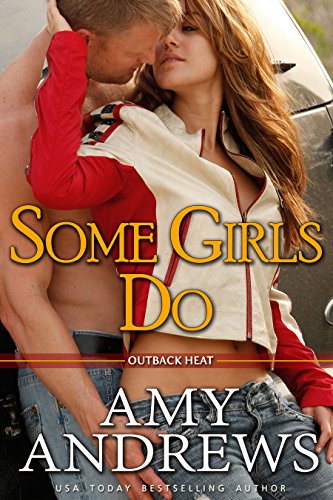 Fashion student Lacey Weston is desperate to leave the city and go home to Jumbuck Springs. Her three older brothers are adamant she’s not. They made a death bed promise to their mother that Lacey would stay the distance at design school and Ethan, the oldest, takes this responsibility very seriously. But Lacey is deeply homesick and determined not to … END_OF_DOCUMENT_TOKEN_TO_BE_REPLACED 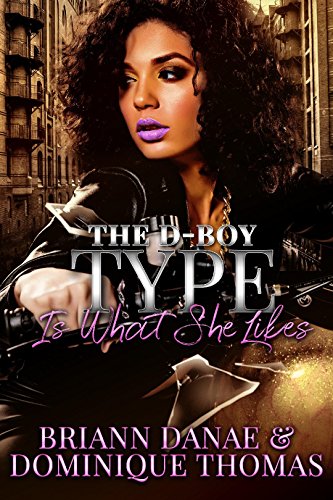 What do you want from me? I told you how broken I am…” Losing someone close to you can spiritually, mentally, and physically cause one to shut the world out at whatever expense it takes. Especially when their death is ruled as your fault. Quiet, and guarding her heart, twenty-six-year-old Salem Banks is struggling to find balance in her life … END_OF_DOCUMENT_TOKEN_TO_BE_REPLACED 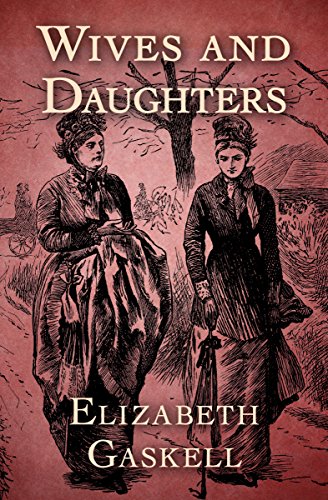 Secrets and scandals steer a young woman’s life as she comes of age and finds love in Victorian England.   Seventeen-year-old Molly Gibson has grown up under the watchful eye of her widowed father, the doctor Mr. Gibson. After one of his apprentices develops an interest in Molly, Mr. Gibson feels the only way to protect her is to send … END_OF_DOCUMENT_TOKEN_TO_BE_REPLACED 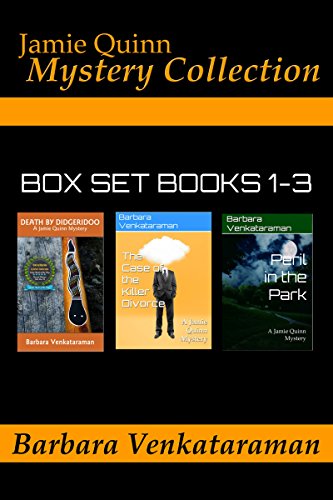 Books 1-3 of the Jamie Quinn Mystery Series! Including: "Death by Didgeridoo"-Winner of the Indie Book of the Day award. Reluctant lawyer, Jamie Quinn, still reeling from the death of her mother, is pulled into a game of deception, jealousy, and vengeance when her cousin, Adam, is wrongfully accused of murder. It’s up to Jamie to find the real murderer … END_OF_DOCUMENT_TOKEN_TO_BE_REPLACED 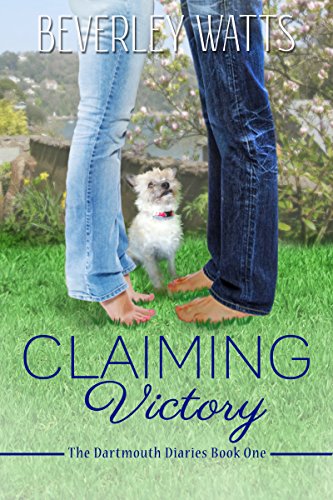 Claiming Victory is a funny contemporary romantic comedy that will appeal to every woman who still believes fairy tales can come true…Victory Shackleford is a spinster, or at least well on the way to becoming one. She is thirty two years old, still lives with her father – an eccentric retired Admiral, and the love of her life is a … END_OF_DOCUMENT_TOKEN_TO_BE_REPLACED 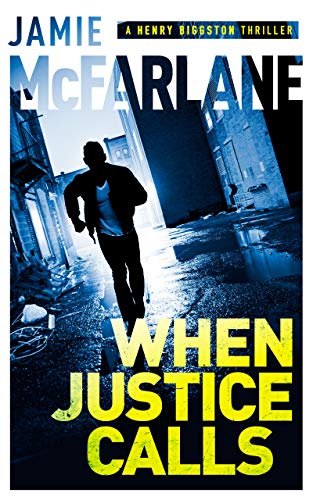 You can take the Ranger out of the Army, but you can’t take the military out of the man. When innocent lives are in danger, justice will be served. Army Ranger Henry "Biggs" Biggston just can’t seem to fit in. The recently discharged vet desperately wants to put his specialized skills to good use. And when a security gig reveals … END_OF_DOCUMENT_TOKEN_TO_BE_REPLACED 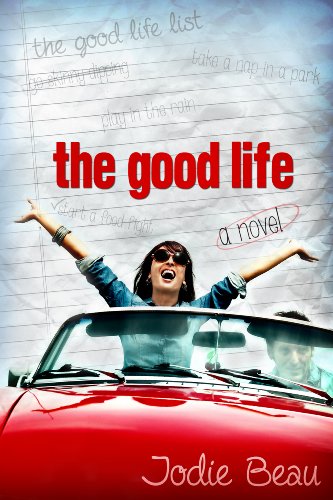 I was sitting on the toilet when he told me he wanted a divorce. Just like that, my charmed life was over. Or maybe it was just beginning… With a little help from her friends, a single girl’s checklist, and a charismatic guy from her past, Roxie is only a few checkmarks away from reclaiming her life. She’ll forget about … END_OF_DOCUMENT_TOKEN_TO_BE_REPLACED 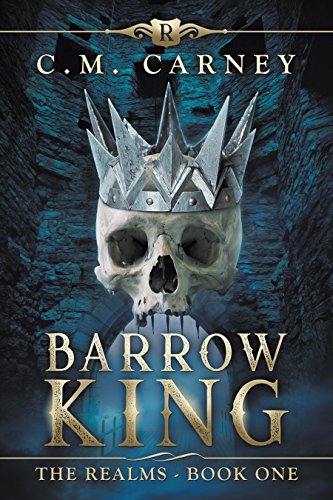 A Betrayed Spy Turned Noob Hero. Betrayed by those closest to him, Finn Caldwell thought he’d escaped his life of violence and deception.  But when a frantic message from his estranged sister draws him into The Realms, the world’s most advanced holographic reality game, Finn is forced to embrace his deadly skills once more.  Armed with a mysterious artifact known … END_OF_DOCUMENT_TOKEN_TO_BE_REPLACED 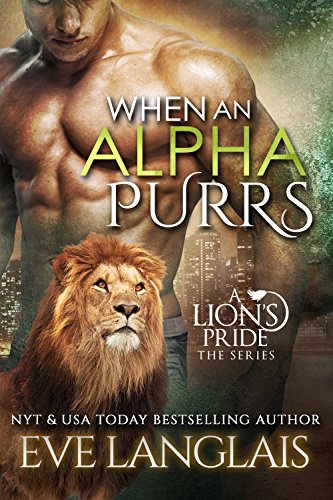 A lion’s pride isn’t defined only by those he commands but also resides with his hair, so when a human dares to butcher Arik’s mane, he gets his revenge—and claims her as his mate. A billionaire CEO and leader of the largest East Coast pride, Arik is a ladies man and a lion. Used to commanding others, and obedience, he … END_OF_DOCUMENT_TOKEN_TO_BE_REPLACED 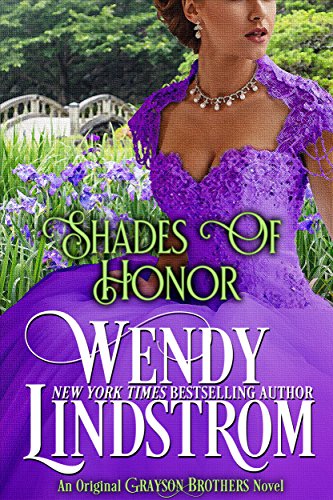 She Planned to Marry Her Best Friend – Then His Brother Returned Home and Complicated Everything…“Awesome underlying emotional power.” – RT Book Review"A perfect ten…one story that should not be missed!" —Romance Reviews Today BOOK DESCRIPTION: Marrying her lifelong friend and neighbor, Kyle Grayson, will allow Evelyn Tucker to care for her ailing father and resurrect their failing business. But … END_OF_DOCUMENT_TOKEN_TO_BE_REPLACED 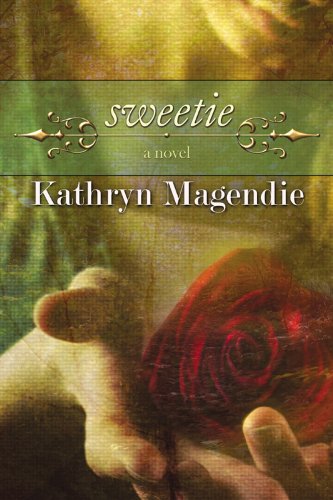 Friendship. Courage. Hope.For shy, stuttering Melissa, the wild mountain girl named Sweetie is a symbol of pride and strength. But to many in their Appalachian town Sweetie is an outcast, a sinister influence, or worse. This poignant and haunting story takes readers deep inside the bittersweet heart of childhood loyalties. 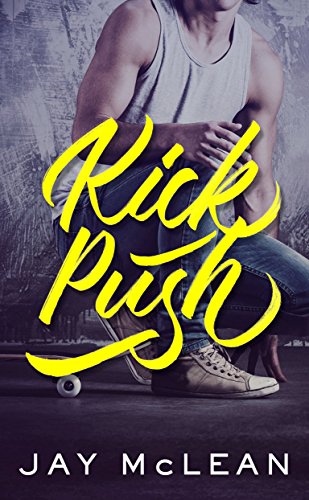 There’s a single defining moment within every skater.It lasts only a second. Two if you’re good. Three if you’re really good. It’s the moment you’re in the air, your board somewhere beneath you, and nothing but wind surrounds you. It’s the feeling of being airborne. The sixteen-year-old version of me would’ve said it was the greatest feeling in the world. … END_OF_DOCUMENT_TOKEN_TO_BE_REPLACED 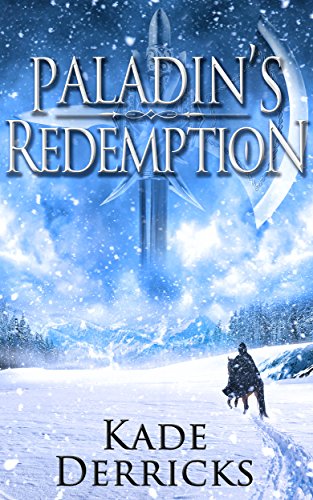 Paladin, Traitor, Outcast, Mercenary…Dain Gladstone has been all of these. From childhood he’s been groomed for battle and trained in the Light. When war came he was branded a traitor and exiled for a treasonous act of mercy. To make his way in the world Dain has sold his skills to the highest bidder. But now he’s grown tired of … END_OF_DOCUMENT_TOKEN_TO_BE_REPLACED 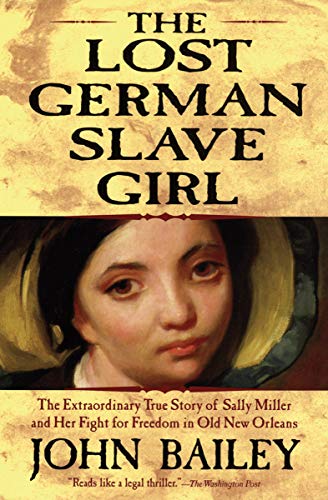 A fascinating exploration of slavery and its laws and an unforgettable portrait of a young woman in pursuit of freedom. “Reads like a legal thriller” (The Washington Post).   It is a spring morning in New Orleans, 1843. In the Spanish Quarter, on a street lined with flophouses and gambling dens, Madame Carl recognizes a face from her past. It … END_OF_DOCUMENT_TOKEN_TO_BE_REPLACED 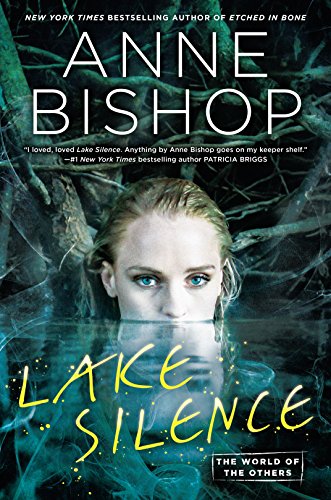 In this thrilling and suspenseful fantasy set in the world of the New York Times bestselling Others series, an inn owner and her shape-shifting lodger find themselves enmeshed in danger and dark secrets. Human laws do not apply in the territory controlled by the Others–vampires, shape-shifters, and even deadlier paranormal beings. And this is a fact that humans should never, … END_OF_DOCUMENT_TOKEN_TO_BE_REPLACED 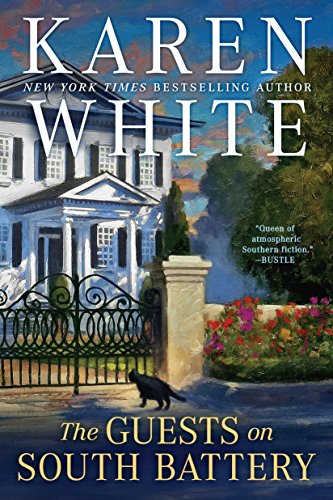 THE NEW YORK TIMES BESTSELLER Karen White invites you to explore the brick-walked streets of Charleston in her fifth Tradd Street novel, where historic mansions house the memories of years gone by, and restless spirits refuse to fade away…  With her extended maternity leave at its end, Melanie Trenholm is less than thrilled to leave her new husband and beautiful … END_OF_DOCUMENT_TOKEN_TO_BE_REPLACED 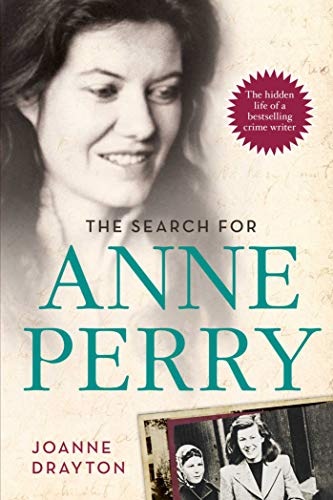 A New York Times Best Seller! In 1994, director Peter Jackson released the movie Heavenly Creatures, based on a famous 1950s matricide committed in New Zealand by two teenage girls embroiled in an obsessive relationship. The movie launched Jackson’s international career. It also forever changed the life of Anne Perry, an award-winning, bestselling crime writer, who at the time of … END_OF_DOCUMENT_TOKEN_TO_BE_REPLACED 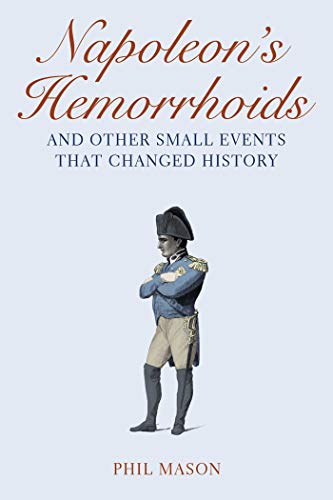 Hilarious, fascinating, and a roller coaster of dizzying, historical what-ifs, Napoleon’s Hemorrhoids is a potpourri for serious historians and casual history buffs. In one of Phil Mason’s many revelations, you’ll learn that Communist jets were two minutes away from opening fire on American planes during the Cuban missile crisis, when they had to turn back as they were running out … END_OF_DOCUMENT_TOKEN_TO_BE_REPLACED 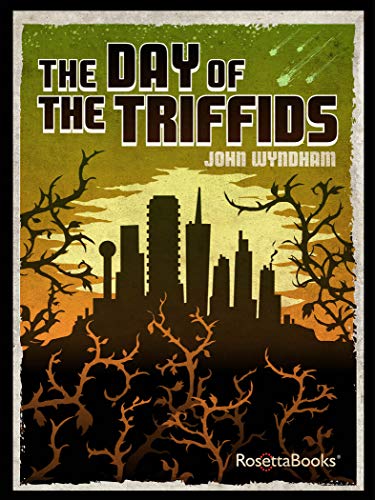 The classic postapocalyptic thriller with “all the reality of a vividly realized nightmare” (The Times, London).   Triffids are odd, interesting little plants that grow in everyone’s garden. Triffids are no more than mere curiosities—until an event occurs that alters human life forever.   What seems to be a spectacular meteor shower turns into a bizarre, green inferno that blinds … END_OF_DOCUMENT_TOKEN_TO_BE_REPLACED 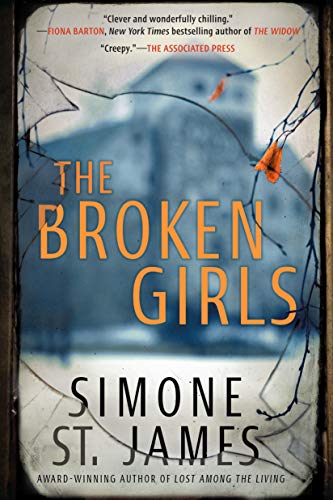 A “clever and wonderfully chilling” (Fiona Barton) suspense novel from the award-winning author of The Haunting of Maddy Clare—a National Bestseller! Vermont, 1950. There’s a place for the girls whom no one wants—the troublemakers, the illegitimate, the too smart for their own good. It’s called Idlewild Hall, and local legend says the boarding school is haunted. Four roommates bond over … END_OF_DOCUMENT_TOKEN_TO_BE_REPLACED 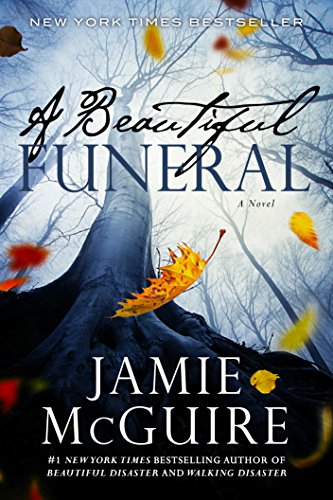 Losing has never been easy for a Maddox, but death always wins. Eleven years to the day after eloping in Vegas with Abby, Special Agent Travis Maddox delivers his own brand of vigilante justice to mob boss Benny Carlisi. Vegas’s oldest and most violent crime family is now preparing for vengeance, and the entire Maddox family is a target. The … END_OF_DOCUMENT_TOKEN_TO_BE_REPLACED 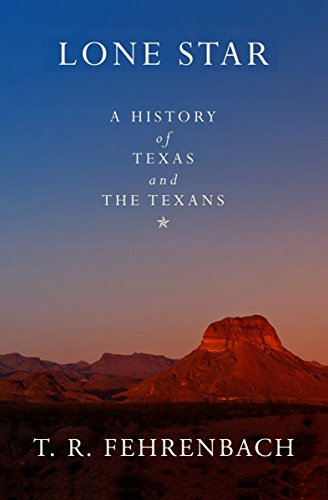 The definitive account of the incomparable Lone Star state by the author of Fire & Blood: A History of Mexico. T. R. Fehrenbach is a native Texan, military historian and the author of several important books about the region, but none as significant as this work, arguably the best single volume about Texas ever published. His account of America’s most … END_OF_DOCUMENT_TOKEN_TO_BE_REPLACED 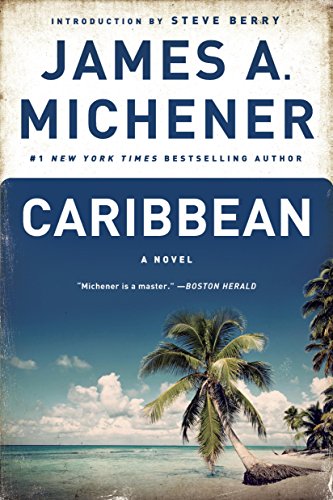 by James A. Michener

In this acclaimed classic novel, James A. Michener sweeps readers off to the Caribbean, bringing to life the eternal allure and tumultuous history of this glittering string of islands. From the 1310 conquest of the Arawaks by cannibals to the decline of the Mayan empire, from Columbus’s arrival to buccaneer Henry Morgan’s notorious reign, from the bloody slave revolt on … END_OF_DOCUMENT_TOKEN_TO_BE_REPLACED 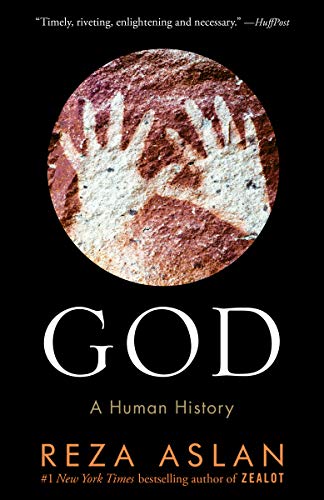 NEW YORK TIMES BESTSELLER • The bestselling author of Zealot and host of Believer explores humanity’s quest to make sense of the divine in this concise and fascinating history of our understanding of God.  In Zealot, Reza Aslan replaced the staid, well-worn portrayal of Jesus of Nazareth with a startling new image of the man in all his contradictions. In … END_OF_DOCUMENT_TOKEN_TO_BE_REPLACED 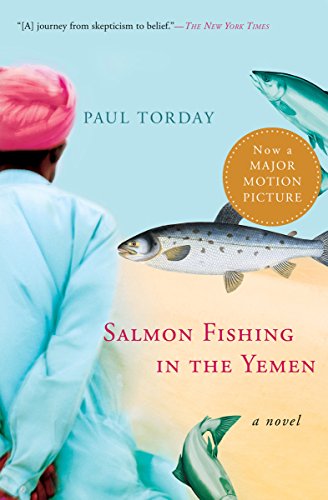 An unassuming scientist takes an unbelievable adventure in the Middle East in this “extraordinary” novel—the inspiration for the major motion picture starring Ewan McGregor (The Guardian).   Dr. Alfred Jones lives a quiet, predictable life. He works as a civil servant for the National Centre for Fisheries Excellence in London; his wife, Mary, is a determined, no-nonsense financier; he has … END_OF_DOCUMENT_TOKEN_TO_BE_REPLACED 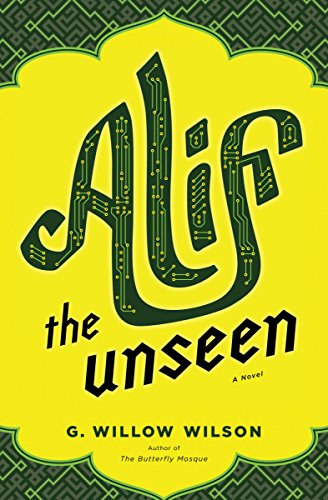 “[A] Harry Potter-ish action-adventure romance” set during the Arab Spring, from the New York Times–bestselling author of the Ms. Marvel comic book series (The New York Times).   In an unnamed Middle Eastern security state, a young Arab-Indian hacker, who goes by Alif, shields his clients—dissidents, outlaws, revolutionaries, and other watched groups—from surveillance, and tries to stay out of trouble. … END_OF_DOCUMENT_TOKEN_TO_BE_REPLACED 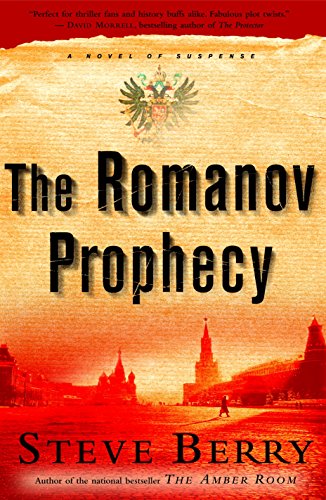 BONUS: This edition contains an excerpt from Steve Berry’s The Columbus Affair. Ekaterinburg, Russia: July 16, 1918. Ten months have passed since Nicholas II’s reign was cut short by revolutionaries. Tonight, the White Army advances on the town where the Tsar and his family are being held captive by the Bolsheviks. Nicholas dares to hope for salvation. Instead, the Romanovs … END_OF_DOCUMENT_TOKEN_TO_BE_REPLACED