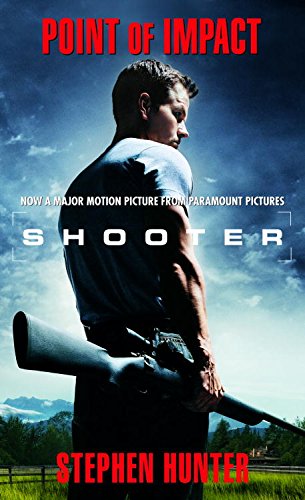 “A harsh, visceral, novel of conspiracy and betrayal . . . a distrubing mix that plays on our sense of history while at the same time it appeals to our darkest fantasies of rough justice.”—Chicago Tribune  The inspiration for the USA Network series Shooter  He was one the best Marine snipers in Vietnam. Today, twenty years later, disgruntled hero of an … END_OF_DOCUMENT_TOKEN_TO_BE_REPLACED 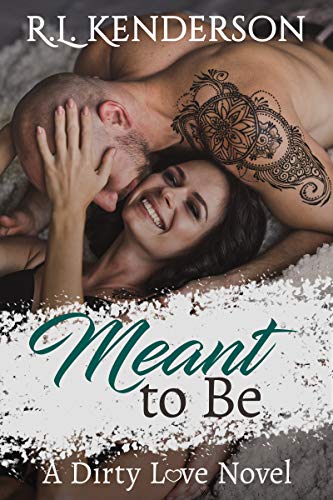 He doesn’t do commitment. She’s his dead friend’s wife. They can never be more than friends. Piper Stevens had already met—and lost—the love of her life. When she buried her husband, she buried her chance for a happily ever after…but also found a shoulder to lean on in Nate. As a commitment-phobe womanizer, Nate Hall has never had a female … END_OF_DOCUMENT_TOKEN_TO_BE_REPLACED 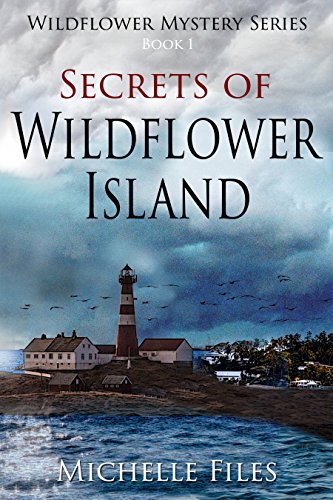 Wildflower Island is an idyllic place, where crime just doesn’t happen. When 4 teenage girls discover a body, badly beaten, a nice day at the beach goes horribly wrong. As they embark on a quest to solve the murder, they find themselves as the main suspects. The girls quickly turn on each other as they are blackmailed by an unknown … END_OF_DOCUMENT_TOKEN_TO_BE_REPLACED 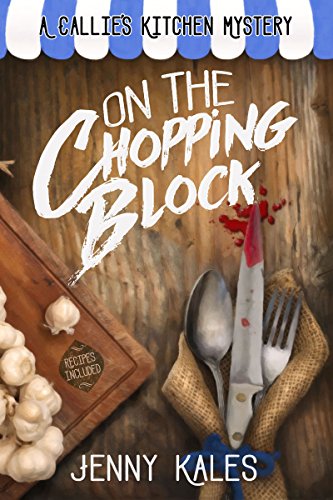 Running a Greek kitchen can be murder. First in a new cozy mystery series with recipes! Calliope “Callie” Costas, Greek-American owner of Callie’s Kitchen in picturesque Crystal Bay, Wisconsin, is finally having some business success after a painful divorce. With her school-aged daughter thriving and her trusty Yorkie Koukla by her side, a new romance with a handsome bistro owner … END_OF_DOCUMENT_TOKEN_TO_BE_REPLACED 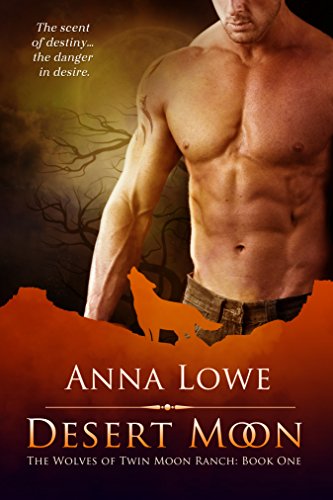 The scent of destiny… The danger in desire.Lana Dixon knows well enough to steer clear of alpha males, but Ty Hawthorne is as impossible to avoid as the sizzling Arizona sun. Her inner wolf just won’t give up on the alpha who’s tall, dark, and more than a little dangerous. One midnight romp under the full moon is enough for … END_OF_DOCUMENT_TOKEN_TO_BE_REPLACED 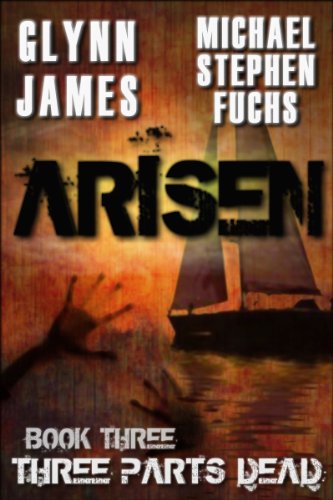 Readers are calling the ARISEN series:"a non stop thrill ride" … "unputdownable" … "the most original and well-written zombie novels I have ever read" … "riveting as hell – I cannot recommend this series enough" … "the action starts hot and heavy and does NOT let up" … "astonishingly well-researched and highly plausible" … "non-stop speed rush! All action, all … END_OF_DOCUMENT_TOKEN_TO_BE_REPLACED 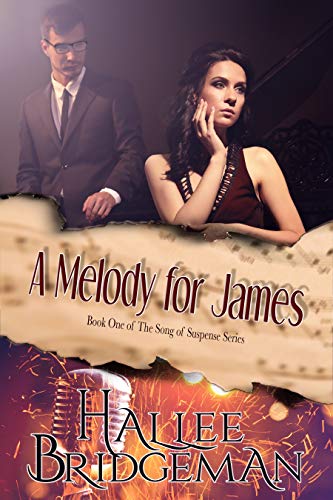 Solitary strangers meet during a stormy stopover. Hours later, their hearts hum a harmonious duet. Melody Mason has the hottest female voice in the country music scene. But the cheers of throngs of adoring fans mean little in the absence of the handsome stranger who rescued her years before. Widower James Montgomery has never forgotten her. He prays God can … END_OF_DOCUMENT_TOKEN_TO_BE_REPLACED 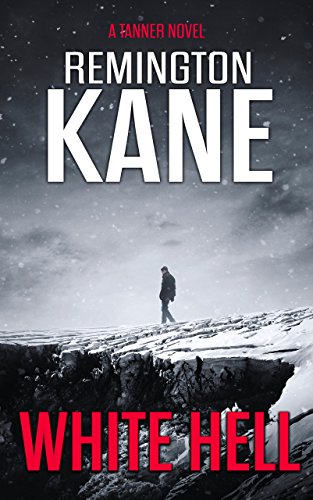 Tanner and Sara’s small plane crashes into the Siberian wilderness… …and that’s just the beginning of their trouble. An old enemy of both Tanner and Sara wants them dead, along with a team of mercenaries and dozens of hardened killers.If that wasn’t enough, Tanner must also protect the life of an innocent and deal with a blizzard. The odds are … END_OF_DOCUMENT_TOKEN_TO_BE_REPLACED 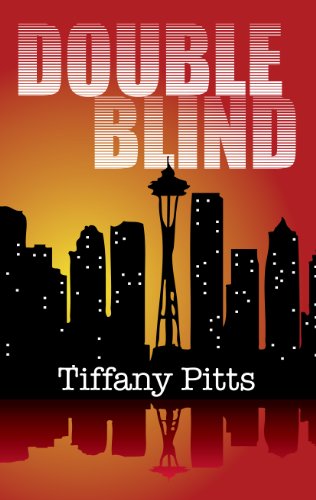 Winner: 2017 Kindle Book Award, Mystery ThrillerFiction-Humor Finalist: 2016 Readers’ Favorite Book Awards Mayhem, geek love and a big fat cat. Delilah Pelham’s is a petite spitfire who packs a punch…literally. After her brother disappears during a high-stakes business negotiation she finds herself in the middle of Hong Kong with a target on her back. Her brother’s partner Carl is … END_OF_DOCUMENT_TOKEN_TO_BE_REPLACED 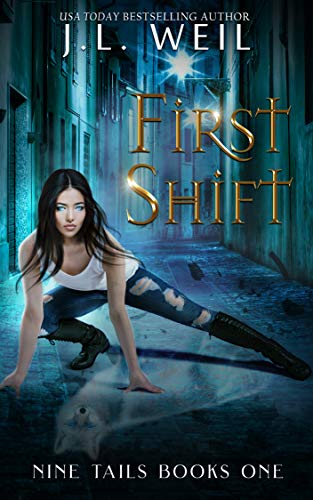 Being human is only an illusion. In the shadows outside Sugar and Spice café, my life changes forever. From the darkness, a mysterious stranger emerges. Coincidence? Not for him. Devyn St. Cyr reveals a startling truth about me—I’m a Kitsune. A what? My thought exactly. Turns out I’m a shape shifting fox with the ability to have extraordinary powers. Powers … END_OF_DOCUMENT_TOKEN_TO_BE_REPLACED 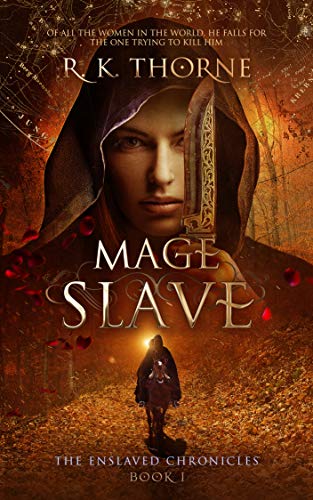 A warrior prince, an enslaved mage, a plot to draw the world to war. Crown Prince Aven Lanuken wants something more than a trophy for a future wife. He wants a woman who will be more friend than follower. A queen who will be more warrior than diplomat. He wants a partner he can trust… with a dangerous secret that’s … END_OF_DOCUMENT_TOKEN_TO_BE_REPLACED 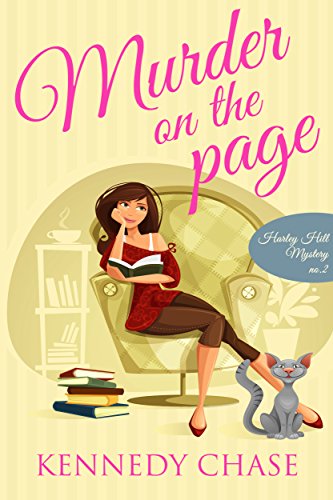 London’s newest sleuth, Harley Hill, has found a new identity. Where once she was an orphan and a rogue, now she’s a partner in the Silvers & Hill Finding Agency, and her first full case will test her to her limits. When Harley and her partner Cordelia are tasked to find a rare diary belonging to Queen Elizabeth’s closet confident, … END_OF_DOCUMENT_TOKEN_TO_BE_REPLACED 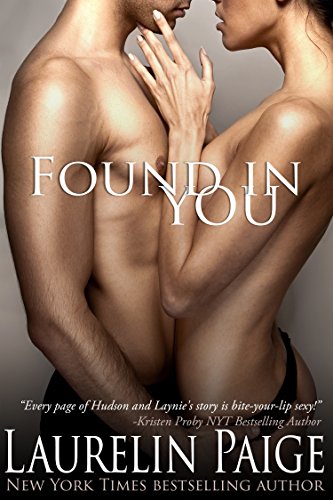 "Every page of Hudson and Laynie’s story is bite-your-lip sexy!" – Kristen Proby, New York Times Bestselling Author Book Two in the Bestselling Fixed Trilogy. Alayna Withers has only had one kind of relationship: the kind that makes her obsessive and stalker-crazy. Now that Hudson Pierce has let her into his heart, she’s determined to break down the remaining walls … END_OF_DOCUMENT_TOKEN_TO_BE_REPLACED 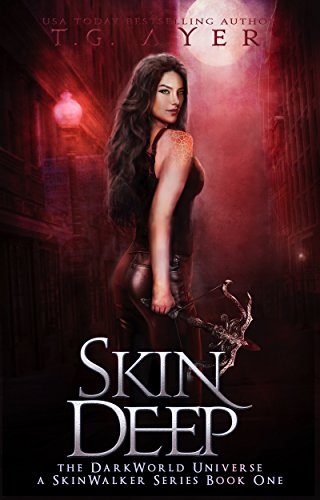 By night’s pale light, Kai hunts evil on the streets of Chicago… Her human friends have no idea that a supernatural worlds exists alongside theirs. No idea shifters and demons walk in the shadows. And Kai prefers to keep it that way.That is, until she discovers the body of a murdered shifter. The discovery quickly embroils her in a world … END_OF_DOCUMENT_TOKEN_TO_BE_REPLACED 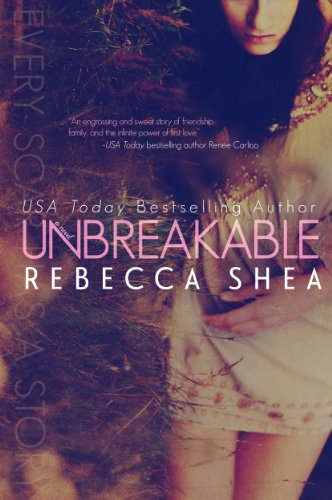 From USA Today Best Selling author, Rebecca Shea Jessica Harper is the epitome of perfection. She’s a good daughter, makes excellent grades, and always strays on the safe side of life. The last thing she thought would ever happen was falling in love with her best friend’s brother. But sometimes fate just has a way of bringing two people together. … END_OF_DOCUMENT_TOKEN_TO_BE_REPLACED 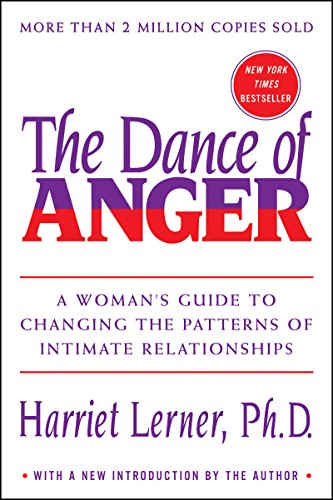 The renowned classic and New York Times bestseller that has transformed the lives of millions of readers, dramatically changing how women and men view relationships. Anger is something we feel. It exists for a reason and always deserves our respect and attention. We all have a right to everything we feel—and certainly our anger is no exception. "Anger is a … END_OF_DOCUMENT_TOKEN_TO_BE_REPLACED 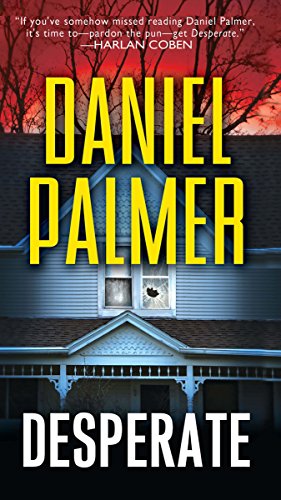 The answer to a parent’s prayers becomes a nightmare in this “emotionally gripping” thriller of domestic suspense from the author of Stolen (Publishers Weekly).   Gage Dekker still blames himself for the car accident that claimed the lives of his first wife and young son. Then he meets Anna, who understands that kind of grief all too well. Within a … END_OF_DOCUMENT_TOKEN_TO_BE_REPLACED 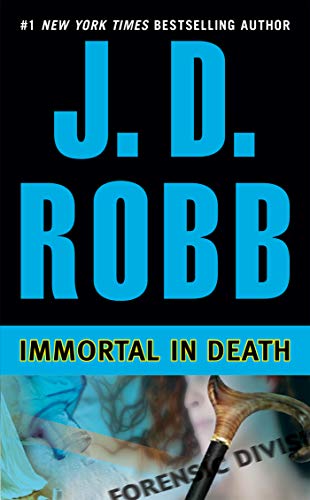 In the third novel in the #1 New York Times bestselling In Death series, Lieutenant Eve Dallas uncovers a world where technology can create beauty and youth, but passion and greed can destroy them… She was one of the most sought after women in the world. A top model who would stop at nothing to get what she wanted—even another woman’s … END_OF_DOCUMENT_TOKEN_TO_BE_REPLACED 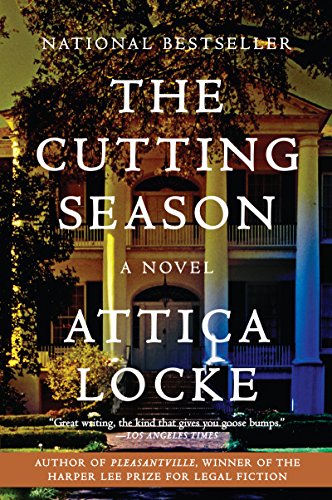 From Attica Locke, a writer and producer of FOX’s Empire: “The Cutting Season is a rare murder mystery with heft, a historical novel that thrills, a page-turner that makes you think. Attica Locke is a dazzling writer with a conscience.”—Dolen Perkins-Valdez, New York Times bestselling author of Wench After her breathtaking debut novel, Black Water Rising, won acclaim from major publications and respected crime fiction … END_OF_DOCUMENT_TOKEN_TO_BE_REPLACED 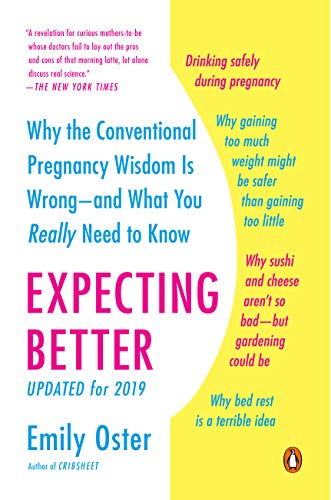 *Newly Revised for 2019*  What to Expect When You’re Expecting meets Freakonomics: an award-winning economist disproves standard recommendations about pregnancy to empower women while they’re expecting. From the author of Cribsheet, a data-driven decision making guide to the early years of parenting Pregnancy—unquestionably one of the most pro­found, meaningful experiences of adulthood—can reduce otherwise intelligent women to, well, babies. Pregnant women … END_OF_DOCUMENT_TOKEN_TO_BE_REPLACED 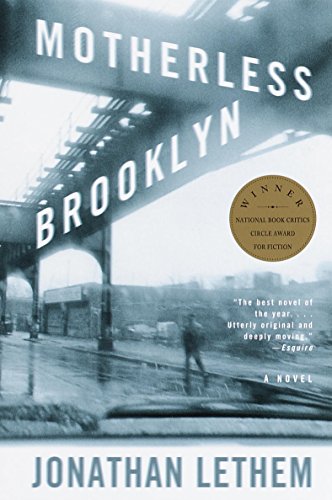 Winner of the National Book Critics Circle Award. A compelling and complusively readable riff on the classic detective novel from America’s most inventive novelist.  Brooklyn’s very own self-appointed Human Freakshow, Lionel Essrog is an orphan whose Tourettic impulses drive him to bark, count, and rip apart our language in startling and original ways. Together with three veterans of the St. Vincent’s Home for Boys, … END_OF_DOCUMENT_TOKEN_TO_BE_REPLACED 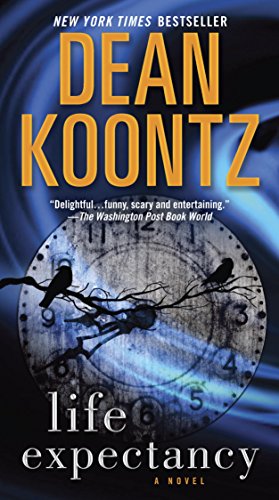 With his bestselling blend of nail-biting intensity, daring artistry, and storytelling magic, Dean Koontz returns with an emotional roller coaster of a tale filled with enough twists, turns, shocks, and surprises for ten ordinary novels. Here is the story of five days in the life of an ordinary man born to an extraordinary legacy—a story that will challenge the way … END_OF_DOCUMENT_TOKEN_TO_BE_REPLACED